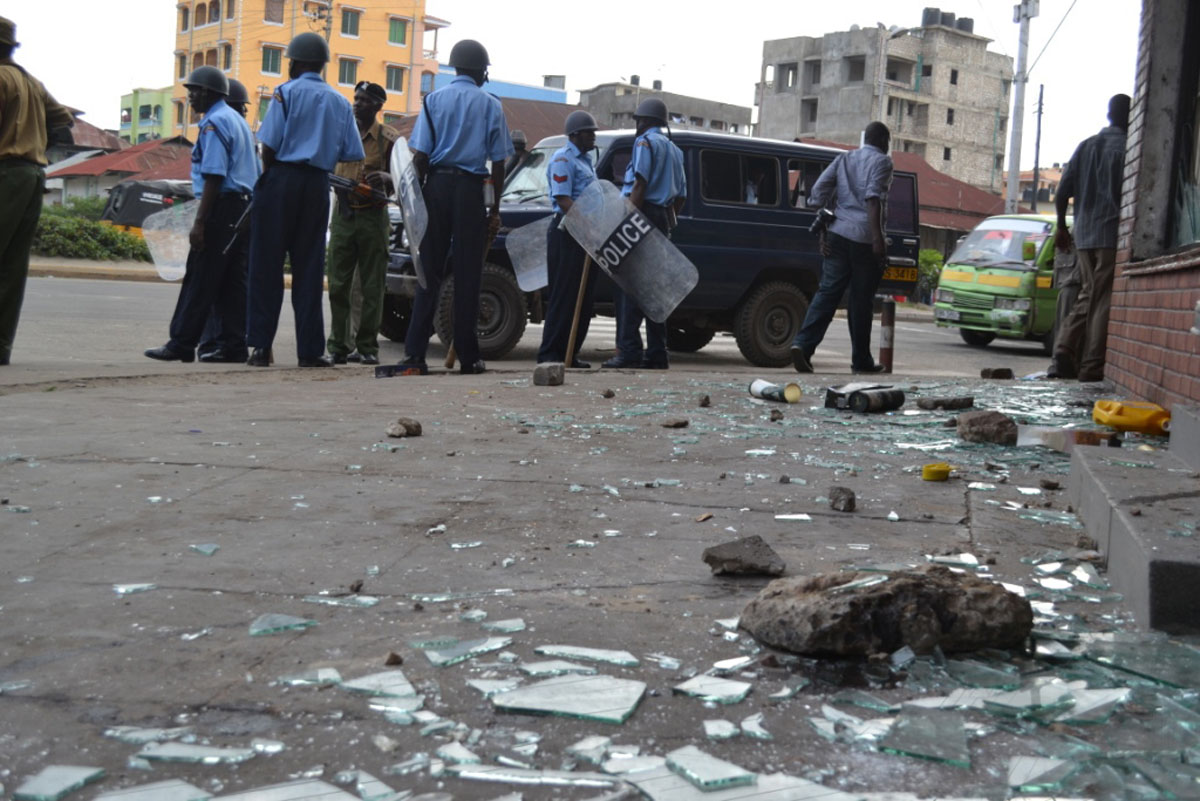 Kenyan police in the port city of Mombasa fired teargas to disperse hundreds of protesters demanding the removal of an electoral oversight body which opposition parties want scrapped, a Reuters witness said.

The witness said police had earlier been seen patrolling the streets in riot gear, while businesses remained closed for fear of looting.