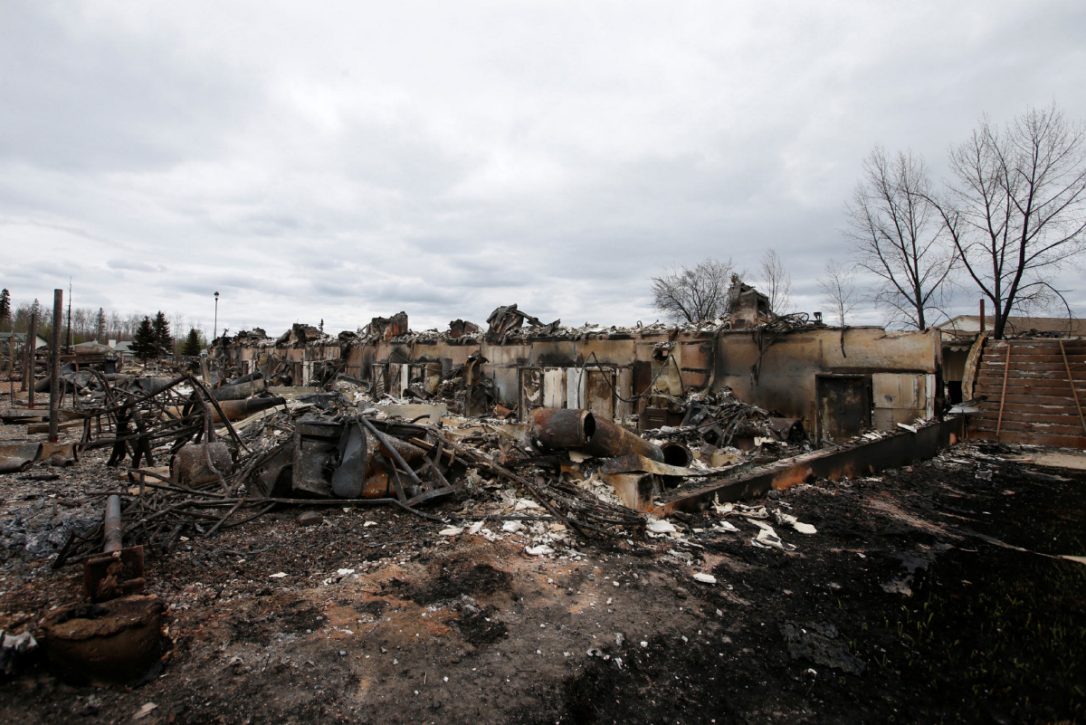 Authorities in Canada have announced the reopening of eight shuttered work camps south of the wildfire-ravaged oil town of Fort McMurray, paving the way for energy firms to restart production.

Authorities in Canada have announced the reopening of eight shuttered work camps south of the wildfire-ravaged oil town of Fort McMurray, paving the way for energy firms to restart production.

Municipal authorities announced Sunday evening a “phased re-entry” for camps near Nexen’s Long Lake and ConocoPhillips’s Surmont facilities, both of which have stopped production due to the fire.

“Assessment work to return … camps to operations may begin immediately,” the Regional Municipality of Wood Buffalo, which oversees Fort McMurray, said in a statement.

The municipality is also reopening camps near Enbridge Inc’s Cheecham terminal, which the company has said was returning to full service.

It is not immediately clear when any of the oil facilities themselves will be fully operational. A ConocoPhillips spokesman said the company does not yet have a timeline. Nexen and Enbridge did not immediately respond to requests for comment.

The inferno in northern Alberta, which by Sunday evening was more than 500,000 hectares, has caused the evacuation of Fort McMurray’s entire population of nearly 90,000 since it began early this month.

It also caused the evacuation of oil facilities and work camps around the city and triggered a prolonged shutdown that has cut Canadian oil output by a million barrels a day.

Producers have since signalled a gradual increase in operations as rain and cold weather helped firefighters beat back the flames.

The announced re-opening of the work camps came two days after the municipality lifted the evacuation orders on Suncor Energy Inc and Syncrude oil sites and some nearby work camps north of Fort McMurray.

It is unclear when either will resume full production, though Suncor has said a limited number of staff will be back at some of its sites on Monday at the earliest and that all will return “in a phased manner over the next few weeks”.

Some of the evacuees from Fort McMurray may be allowed to return as soon as June 1, if air quality improves and other safety conditions are met.