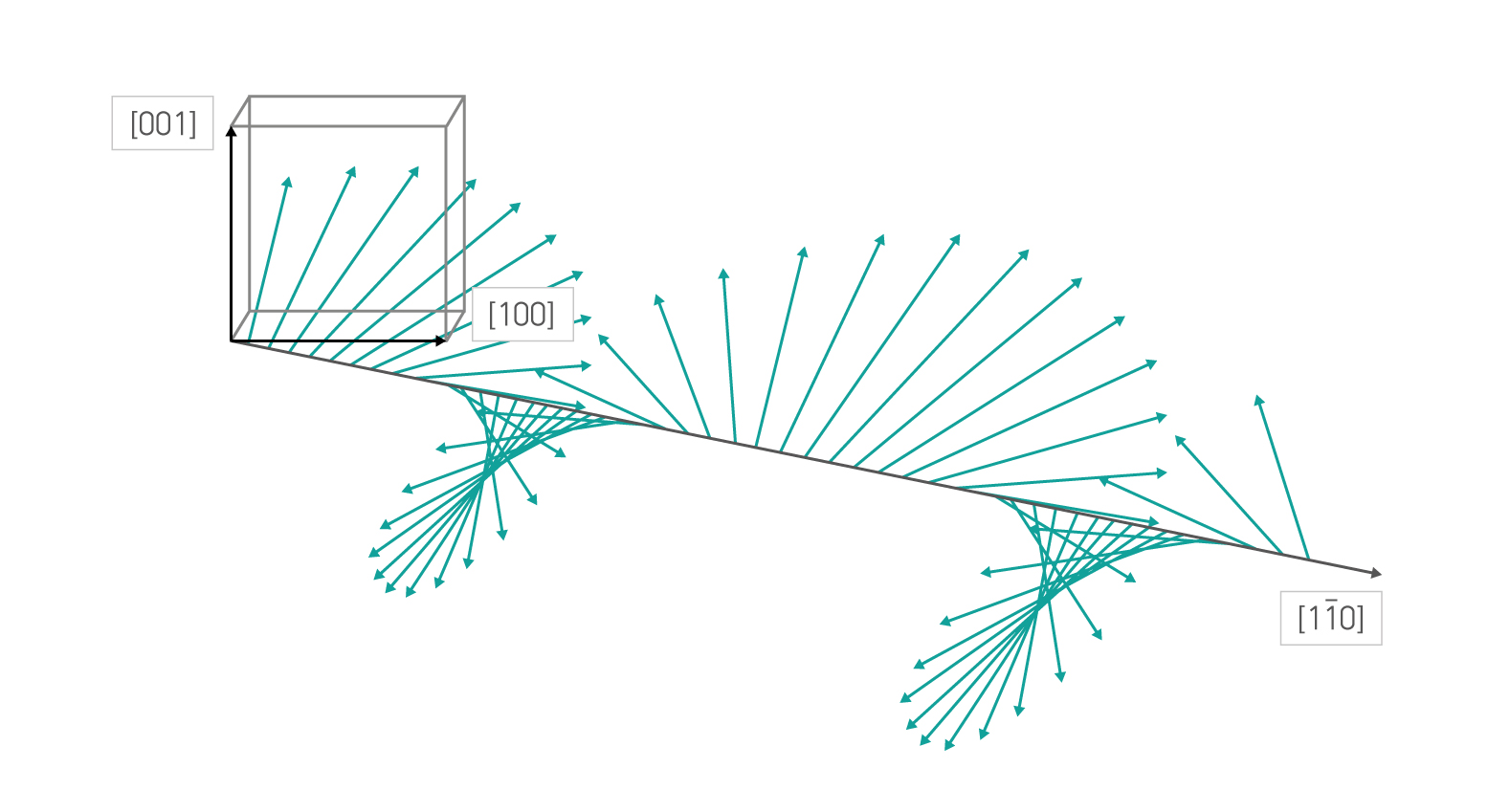 A team of scientists from the Moscow Institute of Physics and Technology (MIPT), the National Research University of Electronic Technology (MIET), and the Prokhorov General Physics Institute have proposed a theoretical model that explains the unexpectedly high values of the linear magnetoelectric effect in BiFeO3 (bismuth ferrite) that have been observed in a number of experiments. The team also suggested a way of further enhancing the effect which can be used to create ultra energy-efficient magnetoelectric memory.

“The theoretical description presented in the paper may be applicable to other materials similar to BiFeO3. This will help in predicting the value of their magnetoelectric effect, which, in turn, will make it easier to find new and promising materials for industrial applications,” says the head of MIPT’s Laboratory of physics of magnetic heterostructures and spintronics for energy-saving information technologies, Prof. Anatoly Zvezdin.

Application of the magnetoelectric effect

The main use of the magnetoelectric effect is in variable and static magnetic field sensors. These sensors are used in navigation systems, electric motors, and also in vehicle ignition systems. Also ME effect offers exciting possibilities for the use in new types of magnetic memory, e.g. ROM – read only memory. The ME effect could also potentially be used to create high-precision equipment for working with radiation in the microwave range, and to wirelessly transmit power to miniaturized electronic devices.

The subject of the study was bismuth ferrite (BiFeO3) – a highly promising magnetoelectric. It exhibits a magnetoelectric effect at room temperature, while in most other magnetoelectrics an ME effect of this magnitude is only observed at extremely low temperatures (below -160 degrees Celsius).

The authors of the paper developed a theoretical justification for the occurrence of the linear ME effect based on the Ginzburg-Landau theory and explained the previously large experimental value of the effect. As part of their theory, the researchers also showed that the ME effect could be enhanced in the presence of an electrostatic field.

The results of the study have been published in the journal Physical Review B.