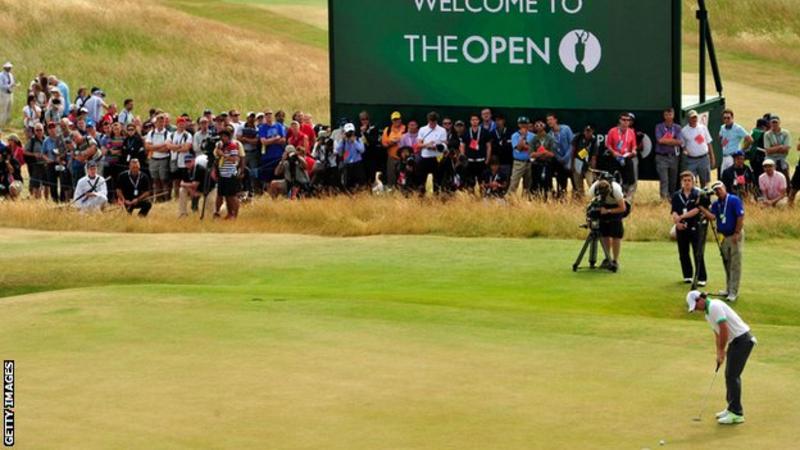 Rory McIlroy has led calls from top golfers urging Muirfield to “see sense” after the club was stopped from hosting future Open Championships for refusing to accept women members.

The Scottish club’s vote to change its rules and allow women fell short of the required two-thirds majority.

Governing body the R&A responded with its ban on Muirfield hosting The Open until the club changed its rules.

The world number three added: “It’s not right to host the world’s biggest tournament at a place that does not allow women to be members.

“Hopefully Muirfield can see some sense and we can get it back on The Open rota.”

READ MORE: Muirfield battle lost but war can be won

That view was echoed by Gary Player, who has won nine majors, including The Open at Muirfield in 1959.

“As much as I love and respect Muirfield as a club where I won The Open, I totally agree with the R&A,” said the South African.

“Staging the championship at any venue that does not admit women is simply unacceptable.”

“Muirfield have chosen to go their path – and fair play to them – but from a professional golfer’s point of view it’s disappointing that we will not be playing Muirfield in the foreseeable future,” he said.

“Hopefully they will do what they have to do to get back on The Open rota again.”

Graeme McDowell said he was “disappointed” with Muirfeld’s stance.

“I completely understand the R&A’s decision,” he said. “This is an equal opportunity world, we’re trying to grow the game.

Women’s Open winner Catriona Matthew said she was “embarrassed to be a Scottish women golfer from East Lothian after that decision”.

In announcing the club’s decision, Muirfield captain Henry Fairweather stressed that women will continue to be welcome at the club as guests and visitors, “as they have been for many years”.

BBC golf commentator Peter Alliss told BBC Radio 5 live he had spoken to the wives of Muirfield members about becoming members in their own right.

He said there was “a look of horror” on their faces because they might have to start paying fees for something they already enjoy for free.

Alliss said he understood why members had failed to vote in large enough numbers to overturn the ban on women members.

“Clubs were formed years ago by people of like spirit – doctors, lawyers, accountants, bakers, butchers – and they joined in like spirit to talk amongst themselves and do whatever,” he said.

“I want to join the Women’s Voluntary Service, but unless I have pieces snipped away from my whatever, I’m not going to be able to get in.”