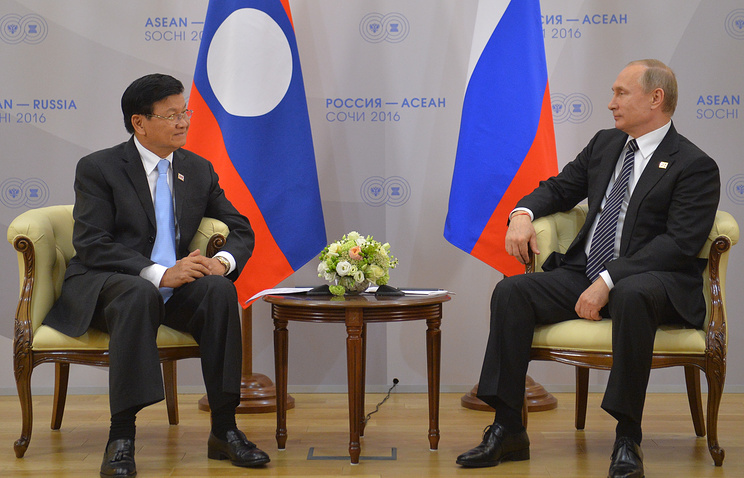 At the meeting Putin noted that Russians knew the Laotian prime minister as a good friend.

AIIB chief: I expect Russia to play a major role in the bank

“We both received education at the same time and in the same city, in my home city – Leningrad,” Putin said. “Most probably, we met each other in the streets.”

Putin said that Russia and Laos marked the 55th anniversary since diplomatic relations were established between the two countries.

“I am very hopeful that under your guidance we will be attentive to the past events but certainly will look to the future in our relations,” the Russian president said, thanking Sisoulith for his support in the idea to hold the Russia-ASEAN summit in Russia.

Putin said he was glad to have an opportunity to discuss bilateral relations.

In the meantime, Thongloun Sisoulith said he was glad to become a co-chair at the summit in Sochi.

“Tomorrow is a month since I was appointed as prime minister,” he said. “We are having a meeting with you to mark this date. I would like to thank you for the efforts so that the summit can take place in Sochi.”

“As ASEAN chair in 2016 and as a state – coordinator of the Russia-ASEAN dialog partnership, we need to exert all efforts for developing relations between Russia and the association,” the Laotian prime minister said, noting his intention to strengthen the two countries’ bilateral relations as well.

Also, Thongloun Sisoulith said words of gratitude for Russia’s support to Laos in its national construction and praised the level of cooperation in investments and defense.