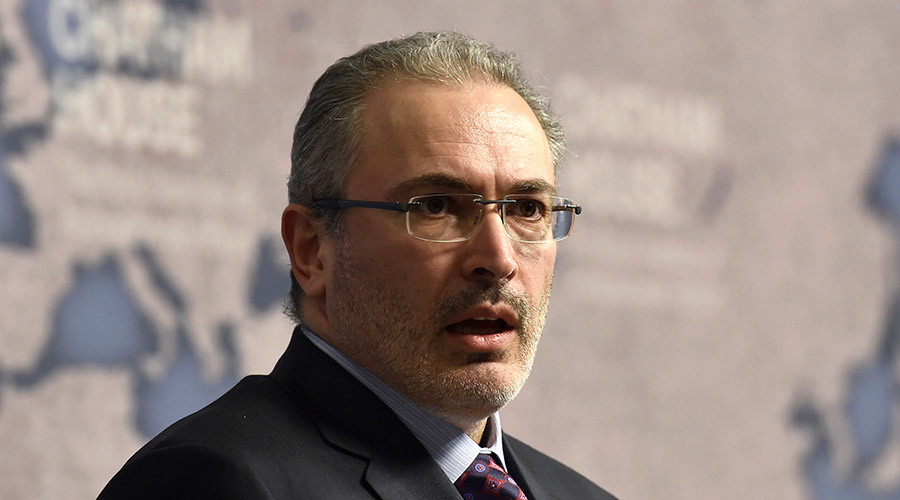 The Russian Prosecutor General’s Office has sent documents to Interpol that could see the former oligarch Mikhail Khodorkovsky put on an international wanted list over charges of complicity in the 1998 murder of a Siberian city mayor.

“The Russian Prosecutor General’s Office is continuing consultations with Interpol bodies over declaring Mikhail Khodorkovsky internationally wanted because this man is suspected of organizing the assassination of the Neftyugank mayor in 1998,” the chief spokesman of the agency, Aleksandr Kurennoy, told TASS on Tuesday. “So far, only a part of the requested documents were forwarded to Interpol, but in the nearest future an additional set of papers will be sent to Lyon.”

The Russian branch of Interpol declared Khodorkovsky “wanted” in February after local law enforcement reopened the case into the killing of murder of Vladimir Petukhov, the mayor of Neftyugansk, who came into conflict with Yukos stakeholders and managers and was killed on June 26, 1998, Khodorkovsky’s 35th birthday.

In late December 2015, the Russian law enforcement agency dealing with especially serious crimes, the Investigative Committee, said that the former Yukos chief had been arrested in absentia and put on an international wanted list. The agency spokesman elaborated that Khodorkovsky was suspected of conspiracy to murder two or more people – a crime that can carry a life sentence in Russia.

Also in December, Russian law enforcers sent the request to issue an international search notice for Khodorkovsky to Interpol’s headquarters in Lyon. Back then the agency rejected it, saying the case could be politically motivated.

In late April this year, Russian prosecutors told the press that Interpol had asked them for additional materials on the murder case in which Mikhail Khodorkovsky was a suspect. They also explained the agency’s initial refusal to put the former oligarch on the international wanted list by changes in Interpol policy that took place after its talks with Russia in Lyon a short time beforehand.

Back then, Kurennoy told reporters that Interpol had expressed a readiness to look into Khodorkovsky’s case again once they received the additional materials they have requested from Russia.

Khodorkovsky’s press secretary has said in comments that she was not aware of Interpol’s intention to reconsider issuing the search notice and attacked the report about the talks as a deliberate hoax, adding that the only information worth noticing should be coming not from sources, but from Interpol itself.

Once Russia’s richest person, Khodorkovsky was arrested in October 2003. Following a lengthy trial, in 2005 he was convicted of tax evasion and sentenced to nine years in prison. In 2009, Khodorkovsky was charged with embezzlement and money laundering. The second trial ended in late 2010 with a sentence of another 14 years, minus the term that he had already served. After another legal battle, the final ruling cut the sentence to 11 years.

In December 2013, Khodorkovsky was pardoned by President Vladimir Putin and left Russia for Germany to visit his elderly mother. Later he moved to Switzerland, which is now his main place of residence.