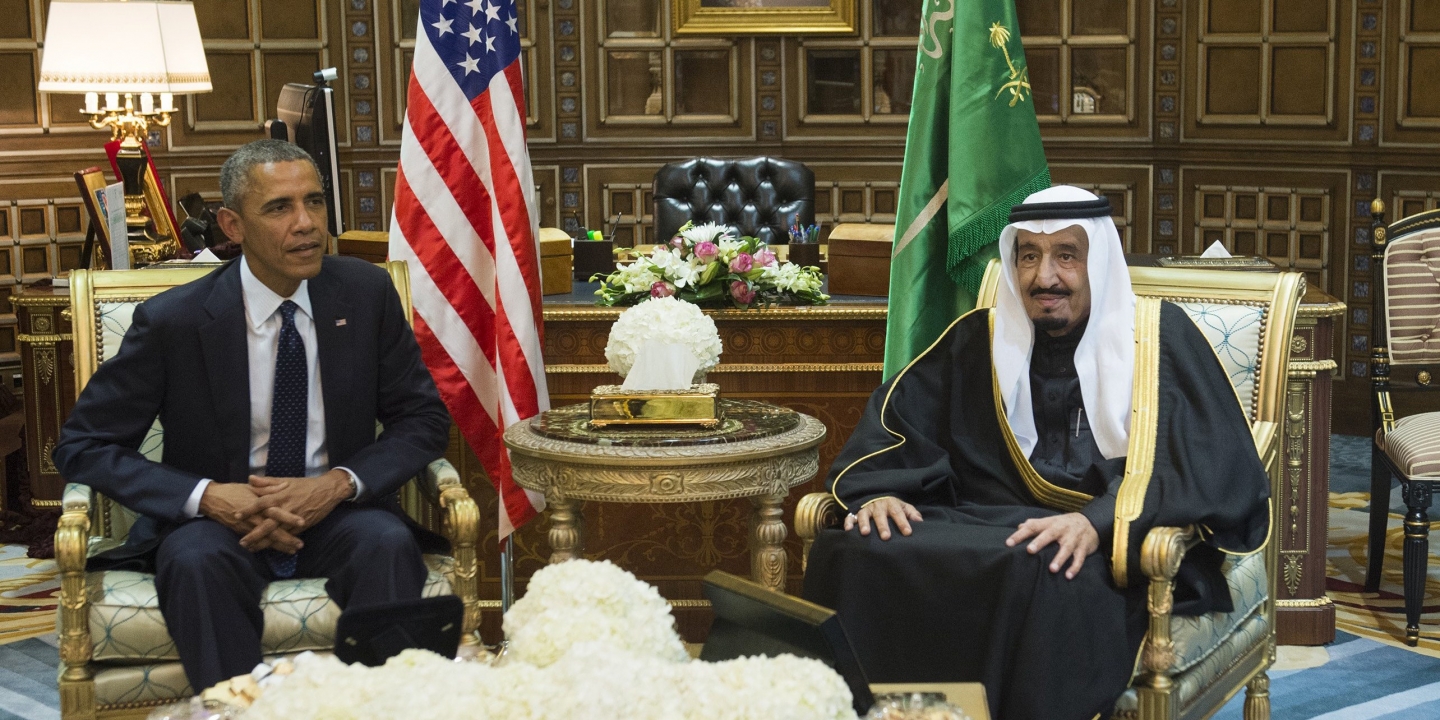 ISIS started of its life as an American tool and puppet of the Reagan administration to wage a proxy war in Afghanistan against the Soviet Union. That old saying, the enemy of my enemy is my friend was practiced with cold, hard headed Realpolitik by the Reagan appointed Director of the CIA Bill Casey and the Pentagon of Caspar Weinberger and Richard Perle. In the 1980s the term for this Islamist, Reagan backed proxy organization was the Mujahidin, the anti-Soviet Arab and Afghan fighters pushing back against Moscow’s December 1979 invasion of Afghanistan. The Mujahidin were CIA backed, financed, trained and equipped.

With the collapse of the USSR and after being cut loose by the CIA and Bush Snr administration in the 1990s and the Bosnian/Balkans Wars of the 1990s the Mujahidin rebranded themselves and morphed into what came to be known as Osama Bin Laden’s al-Qaeda (with its primary base of operations in Taliban controlled Afghanistan), funded to a large extent by the American and British ally Saudi Arabia from its Ministry of Islamic Affairs in Riyadh and closely aligned with the Pakistani Intelligence Services (ISI). The close business ties between the Bush and Bin Laden families have already been well documented. Curiously on 9/11 itself as the skies above the United States were cleared of all commercial and civilian airliners and the American airspace was shutdown, one commercial flight was allowed to fly around the United States before leaving for Saudi Arabia.

Members of Osama bin Laden’s family were allowed to fly out of the US shortly after the September 11 terror attacks, a senior official has said. Even though American airspace had been shut down, the Bush administration allowed a jet to fly around the US picking up family members from 10 cities, including Los Angeles, Washington DC, Boston and Houston. Some 140 high ranking Saudi officials were also on the plane. The revelations come from former White House counter-terrorism chief Richard Clarke who worked for both President’s Bill Clinton and George W Bush. Clarke said the Bush administration sanctioned the repatriation of the family in the immediate aftermath of the attacks.

«Somebody brought to us for approval the decision to let an airplane filled with Saudis, including members of the bin Laden family, leave the country», he told Vanity Fair magazine. Mr Clarke said he checked with FBI officials, who gave the go ahead. «So I said, ‘Fine, let it happen’.» He first asked the bureau to check that no one «inappropriate» was leaving. «I have no idea if they did a good job. I’m not in any position to second guess the FBI», he said. But Dale Watson, the FBI’s former head of counter-terrorism, said the Saudis «were not subject to serious interviews or interrogations». Now thankfully some brave and conscientious American officials are starting to speak out. Former Speaker of the US House of Representatives and House Democrat Minority Leader Nancy Pelosi has gone public stating she wants 28 redacted pages declassified from a 2003 Congressional report on the US intelligence community’s preparedness for and response to the 9/11 attacks.

«As the former Ranking Democrat on the House Intelligence Committee and top the House Democrat on the Joint Congressional investigation looking into the 9/11 attacks, I agree with former Senator Bob Graham that these documents should be declassified and made public, and that the Bush Administration’s refusal to do so was a mistake», Pelosi said in a statement. «I have always advocated for providing as much transparency as possible to the American people consistent with protecting our national security.» The Bush Jnr administration ordered these 28 pages to be redacted, classified as top secret and permanently sealed. Her statement came the same day that «60 Minutes» aired a story featuring former Senator Bob Graham and other current and former government officials who want the report’s top secret pages removed from their seal and declassified. Only a select few have seen this particular section.

Graham, who declined to detail the redacted section, helped author the report and he now says the redacted portion could highlight possible Saudi support for the 9/11 hijackers. Fifteen of the nineteen hijackers were themselves Saudis. He also suggested that it sheds light on a network of Saudi backed and financed agents he believes supported the hijackers in the US such as finding and funding accommodation and training as pilots. The cozy relationship between the American and British Governments with Saudi Arabia has been something of great concern to me for well over a decade now. Why is it that the British Government, with its holier than thou, evangelical attitude on human rights, continues to sell almost £3 billion worth of arms, bullets, bombs and other nasty weapons to one of the greatest human rights abusers in the world, Saudi Arabia. It is clear to anyone who has studied Islamist fundamentalism that Saudi Arabia is a main funder and supporter of the madrassas who radicalize al-Qaeda and ISIS recruits. Why was it and who sanctioned the flying of the Saudi flag at half-mast on public buildings in Britain in 2015 when the Saudi King died despite the appalling human rights record of Riyadh and its strong links to Islamic fundamentalists? The hypocrisy of the feckless and corrupted British State/Establishment and its so-called security and intelligence services is truly galling and nauseating.

Yet there are some good, principled people willing to wipe away this disgusting, poisonous web such as New York Senator Chuck Schumer who has introduced a bill in the United States Senate which would allow the families of the victims of 9/11 to sue foreign governments who are state sponsors of terrorism. His bill has the backing of the two leading Democratic Party Presidential candidates Hillary Clinton and Bernie Sanders but curiously not the Obama administration itself, which is doing all it can to thwart the passage of the bill into law. Indeed, the Saudi Government has issued a statement saying if the bill passes they will sell off up to a $1 billion of US held assets. Clearly, the Saudis have something to hide and their warped Ministry of Islamic Affairs is the focal point for getting to the truth of who really was involved in 9/11.

After September 11th 2001 and the ensuing US led/NATO invasion of Afghanistan to destroy the training camps, bases and facilities of the al-Qaeda «army» and their hosts the Taliban – (though turning an egregious blind eye to the fact that the Saudi Government had its finger prints all over 9/11) a great deal of the terrorists, of what was then called al-Qaeda where airlifted out of Afghanistan by Pakistani military as the United States/NATO invasion of Afghanistan was underway. Thousands and thousands of al-Qaeda fighters were airlifted out of Afghanistan by the Pakistani military at the end of 2001 and then un-leased in Iraq after the 2003 neoconservative inspired Bush Jnr administration invasion of Iraq and removal of Saddam Hussein’s regime.

Then al-Qaeda became known as al-Qaeda in Iraq (AQI). Many of AQI’s terrorist fighters entered US-occupied Iraq via Syria with the full support, knowledge and help of the Assad family Government in Damascus. Several years later – after the full extent of the trap (and it’s financial, political, diplomatic and military consequences) that the Bush Jnr administration had blundered into by invading Iraq had become clear to Washington DC and global elites and masses alike – the so called «Arab Spring» broke out across the Middle East and North Africa. The uprising against the Russian backed Assad regime in Syria in March 2011 was not a spontaneous, internal, uncoordinated and local «civil» uprising against the Alawite minority rule of the Assad family.

The March 2011 uprising in Syria was pre-planned, supported and funded by the CIA to take out Moscow’s long time and only Middle Eastern regional ally, cut off Damascus’s support for Iranian proxies Hezbollah and Hamas and to settle scores with the Assad regime and Moscow for giving the Americans an extremely bloody nose in Iraq during the formal US military occupation 2003-2011. Perhaps the West, especially Britain and America with their long standing, tangled military relationships and interventions in the Middle East would do well to quit meddling in a region of the world clearly they know little about, a region of the world which apart from the State of Israel is consumed in Medieval style Government. London and Washington DC should heed the example of Beijing and instead of interfering militarily and politically in the affairs of the Middle East, selling arms to vile, non-benign dictatorships and engaging in regime change (whether overt or covert) just have a business relationship based on commercial trade rather than arms shipments and CIA/MI6 interference.