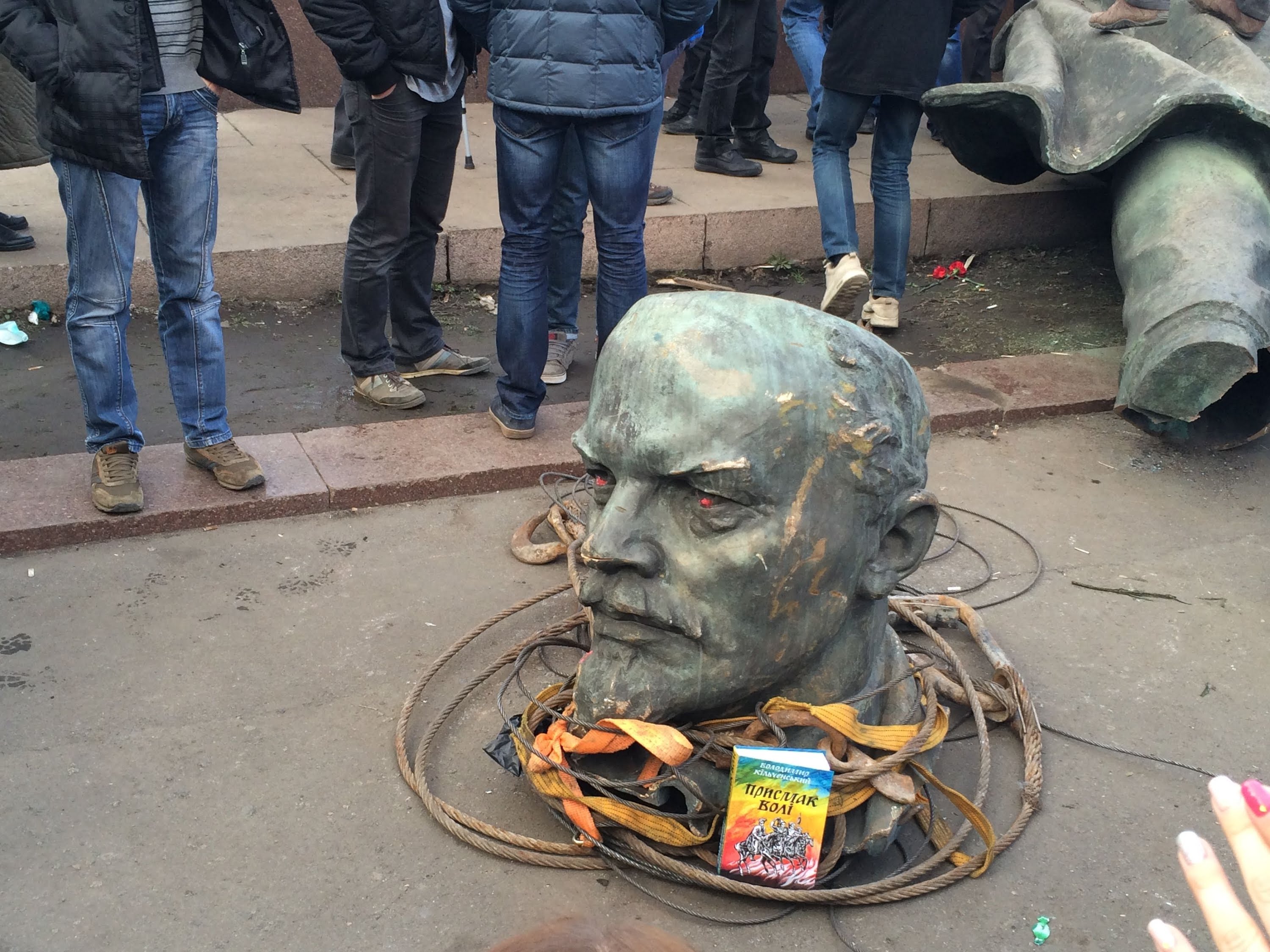 Everyone knows that Lenin and Stalin are the true founding fathers of modern Ukraine. Lenin by creating the Ukrainian Soviet Socialist Republic to which he added eastern and southern territories that had never belonged to it, elevated a cultural entity called Malorossyia or Hetman’shina to the status of a state. Stalin, in a deal with Hitler, named the Ribbentrop-Molotov pact, added western territories belonging to Poland and Czechoslovakia and still earlier to the Austro-Hungarian Empire, to the Soviet Ukraine.

Yet, instead of erecting monuments to Lenin and Stalin with Molotov at their feet in every village, town and city, the Ukrainians are demolishing their statues, calling it de-communisation.

And in a truly capitalist European spirit, entrepreneurial Ukrainians are putting the demolished statues up for sale. Whole Lenins and parts of him are on the market (e.g. a 32 kilo bronze nose).