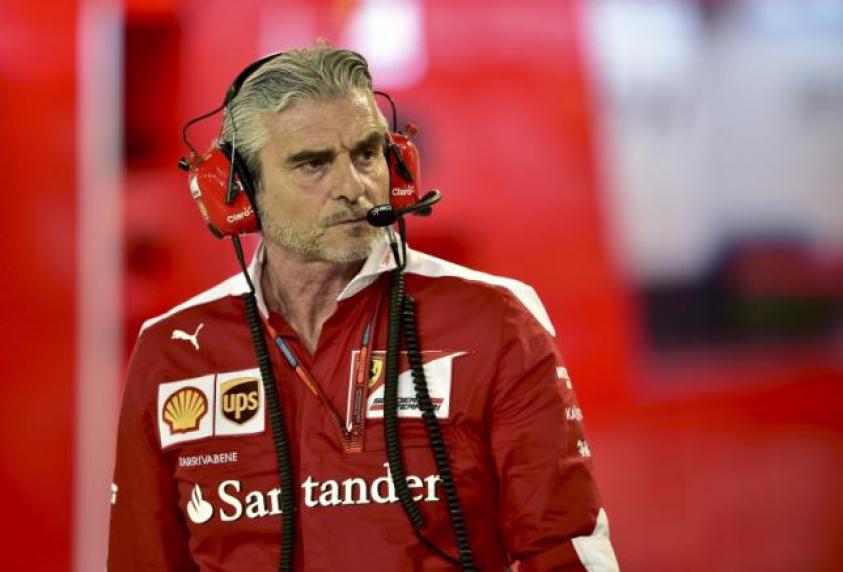 Ferrari boss Sergio Marchionne dismissed speculation about Formula One team principal Maurizio Arrivabene’s future on Sunday and assured reporters that the Italian had his full support. “Totally. Beyond any question,” the Ferrari chairman and chief executive said before the Spanish Grand Prix at the Circuit de Catalunya. Italian media have suggested that Arrivabene, a former Philip Morris executive who took over as team principal in November 2014, could be replaced after a disappointing start to the season. “They are complete nonsense, and by an extraordinary measure,” said Marchionne of the reports that emerged after the Russian Grand Prix on May 1. “And it annoys me because they are baseless and just create confusion in an extremely competitive environment. We don’t need that. “The team is unrecognizable from that of two years ago.” Marchionne, who is also chief executive of Fiat Chrysler, gave drivers Sebastian Vettel and Kimi Raikkonen his vote of confidence as well. Both world champions have been on the podium this season, Raikkonen third in Russia and second in Bahrain while Vettel was second in China and third in Australia. But for misfortune and mistakes, they might have won at least once. Four-times champion Vettel did not start in Bahrain due to a power unit problem and took a grid penalty for a gearbox change in Russia. In China, the pair collided. Raikkonen qualified fifth, Vettel sixth for Sunday’s race. “I still think we have two of the world’s best pilots (drivers),” said Marchionne. “We probably have the best pilots. I shouldn’t be saying this with four drivers who are not ours in front of us. “But I think we have great pilots. I think the team is in the best shape I’ve seen it in in a long, long time. So I think they need to continue to work diligently on fixing these issues,” he added. Marchionne defined Saturday’s qualifying as an “out of body” experience for Ferrari with the team caught out by the hotter temperatures and the Pirelli tyros not operating as effectively as expected. He said the problem appeared similar to that experienced by champions Mercedes in Singapore last year, where Vettel gave Ferrari their most recent pole. Ferrari, the most successful and oldest team in Formula One, have not won a drivers’ title since Raikkonen in 2007. Their most recent constructors’ championship was in 2008.