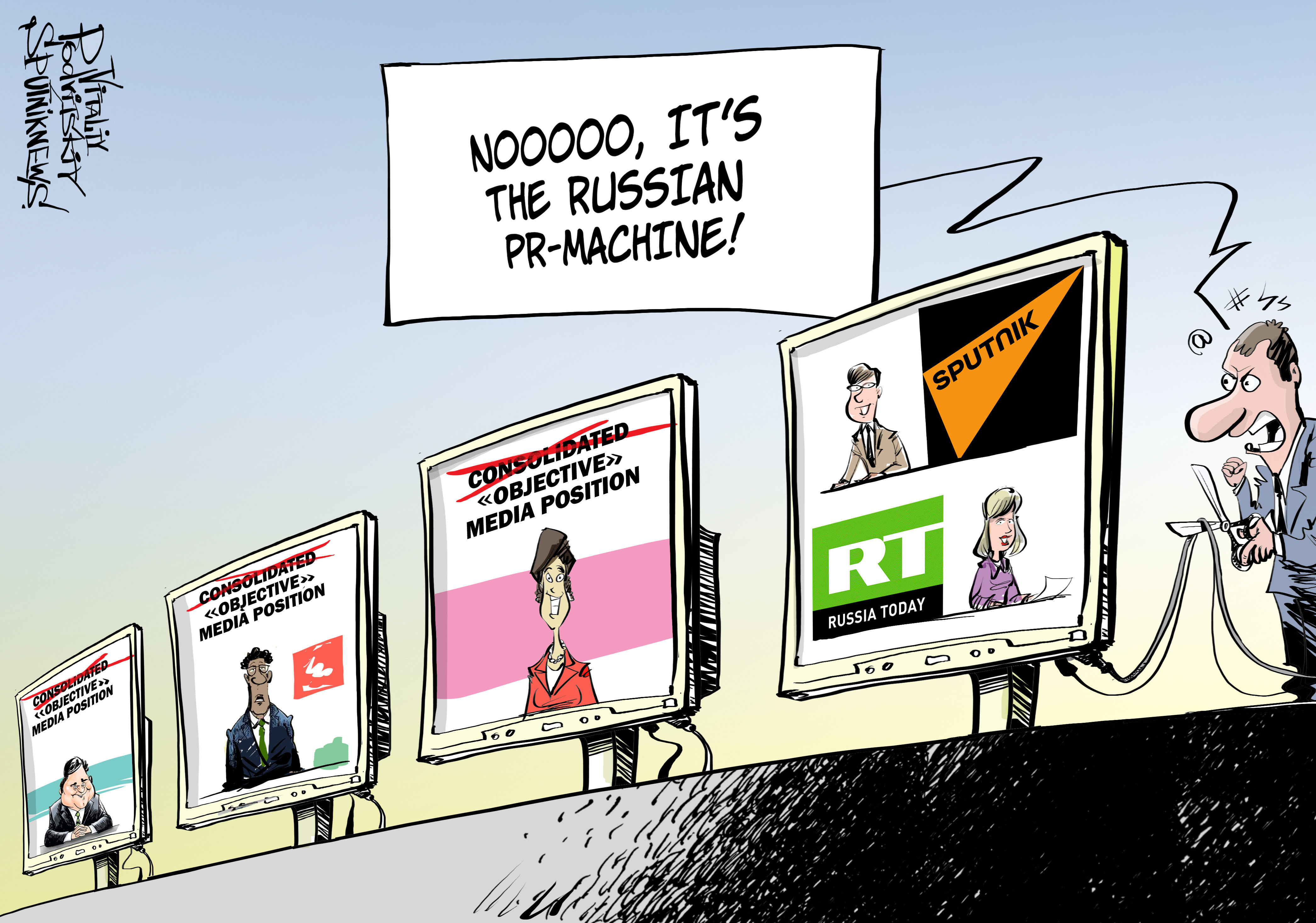 The Russian media landscape has not been easy for independent outlets. A government crackdown over the last 10 years has eliminated many media companies’ editorial autonomy, leaving most outlets to toe the Kremlin’s official line. RBC, a financial news outlet and one of Russia’s largest media holding companies, was an exception, and set itself apart by tracking down and publishing tough stories that irked the Kremlin.

But that era of editorial independence appears to have ended on Friday, with the Russian media company announcing that its three top editors, who oversaw many investigations into money and politics in Russia, left their jobs.

Despite management’s insistence that the editors’ departure is due to creative differences, reports have already circulated that the decision was due to RBC’s investigative reporting, which put the media company in the Kremlin’s crosshairs.

Badanin, the head of RBC news agency, told The Associated Press that pressure from the authorities on RBC management sparked the resignations. Similarly, an anonymous source at RBC told Reuters that the outlet’s reporting had “provoked the Kremlin’s ire” on the company’s shareholders, which in turn decided to rein in the top editors. According to Novaya Gazeta, an independent Russian newspaper, the company’s shareholders called for Solyus’ resignation, which led Osetinskaya and Badanin to quit in protest.

RBC launched Russia’s only business television network in 2003, reaching over 90 million viewers all around the world. The company also runs a daily, a magazine, and a website, which have featured many prominent reports that are believed to have irritated the Kremlin. RBC’s website was the most-visited news site in Russia in 2015, a success partly credited to the company’s billionaire owner, Mikhail Prokhorov — who also owns the NBA’s Brooklyn Nets — for recruiting top reporters and editors.

RBC’s newspaper was one of the few Russian outlets to report on the Panama Papers in April, which leaked information about offshore banks accounts belonging to billionaire cellist Sergei Roldugin — a longtime friend of Russian President Vladimir Putin. Shortly after RBC published a profile of Rodulgin and his connections to Putin, FSB officers raided Prokhorov’s offices. In late April, the Russian Interior Ministry opened a fraud probe into the media company.

In January 2015, RBC broke the story about Katerina Tikhonova — a woman believed to be Putin’s daughter — and the business dealings of a man reported to be her husband. RBC had several follow-up reports about financial connections that led back to Putin’s inner-circle and their original scoop spawned a series of investigations by other outlets.

The Kremlin has repeatedly denied exerting any influence over the RBC holding company or its owner, Prokhorov.

“As a matter of fact, no pressures are being exerted,” Dmitry Peskov, Putin’s press secretary, told reporters on Thursday. “Whenever some investigative action is taken in relation to some companies, the question should be addressed to the ministries and agencies concerned.”

After the exodus of top editorial staff, RBC will look to restructure and rebuild. But much of the company’s talent has already begun to jump ship. Slon.ru, a popular Russian news website, reported that 13 other RBC employees have also resigned.