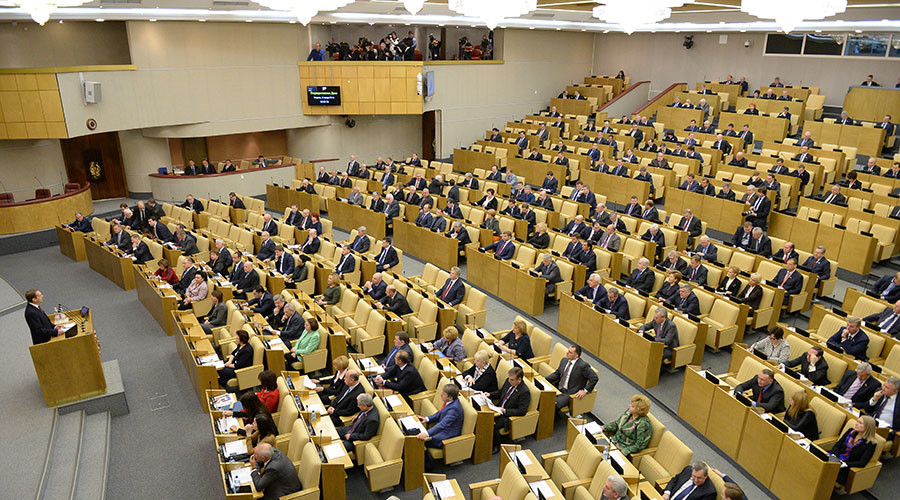 The bill was scrapped in the first reading on Wednesday. Earlier the Russian government and the Lower House committee for Constitutional Law criticized the motion as redundant. One of the committee’s members, MP Rustam Ishmukhametov, said that experts had come to the conclusion the proposed measures would infringe the rights of Russian lawmakers’ relatives, in particular the right to use their skills and assets in business ventures.

The original bill was drafted in January by MP Vadim Solovyov, the head of the Russian Communist Party’s legal department. It reads that Russian citizens cannot be appointed senior state officials if their close relatives – spouses, children or siblings – are engaged in any form of entrepreneurial activity. The bill’s sponsors acknowledged that the Russian Law on State Civil Service already contained certain provisions banning civil servants and lawmakers from possessing and running their own businesses, but noted there were no restrictions concerning relatives.

In 2013, Russia introduced a law that forbids senior state officials from holding bank accounts abroad or owning foreign-issued shares and bonds. The restriction also extends to spouses and underage children. The law allows state officials to have real estate abroad, but orders them to declare it as well as the sources of income used to purchase property.