Home » Manchet 1 » Not yet: Vote on Trump impeachment fails in Democrat-controlled House 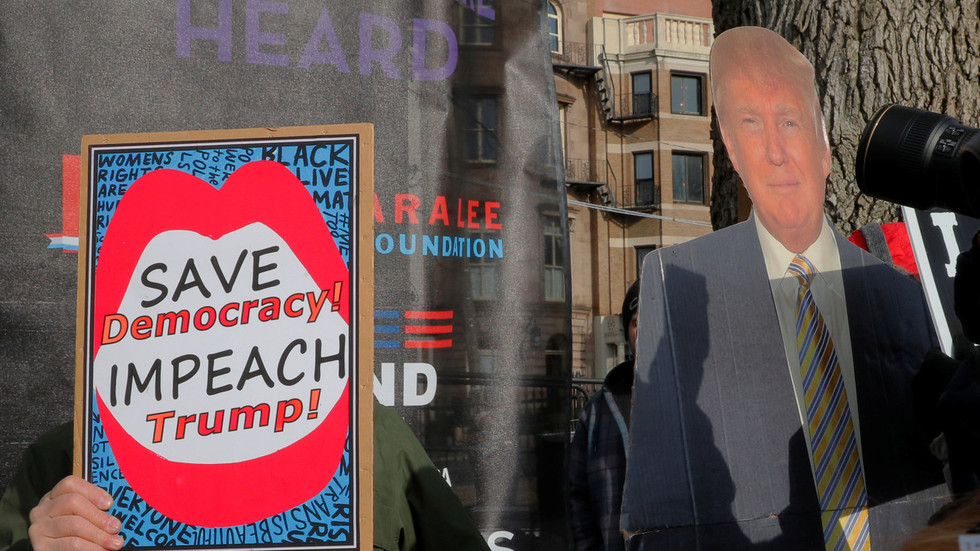 Not yet: Vote on Trump impeachment fails in Democrat-controlled House

The US House of Representatives has overwhelmingly voted against a resolution to impeach President Donald Trump, sponsored by those hoping to capitalize on the backlash to Trump’s attacks on four progressive congresswomen.

The majority of Democrats sided with Republicans to put a pin in the resolution, which was tabled with a final vote of 332-95 on Wednesday.

Introduced by Rep. Al Green (D-Texas), the articles of impeachment denounced Trump as “unfit to defend the ideals that have made America great.” Green held up a series of Trump’s tweets telling four Democratic congresswomen to “go back” to where they came from, as well as the House votes to condemn those tweets, as proof of Trump’s “high misdemeanors.”

Trump “has by his statements brought the high office of the president of the United States in contempt, ridicule, disgrace and disrepute,” Green declared on the House floor on Tuesday before calling for the president’s removal, introducing the articles as a privileged resolution requiring a vote within two days. In a statement released the same day, he called Trump “reckless, ruthless, lawless, and ultimately unfit to hold the highest office in the land.”

It was Green’s third attempt to introduce articles of impeachment against Trump, though his previous attempts in 2017 and 2018 failed in a Republican-controlled House. It is unlikely to be his last, as many of the Democrats who voted to table this measure said they did so because they were waiting to hear testimony from former special counsel Robert Mueller later in the month, or because they had other impeachment-friendly irons in the fire.

“I say with all the respect in the world for (Green), we have six committees that are working on following the facts in terms of any abuse of power, obstruction of justice and the rest that the president may have engaged in,” House Speaker Nancy Pelosi told reporters before the vote. “We’ll deal with that on the floor.”

“I think there are legitimate reasons to favor impeachment, but I think we need to hear from the man that wrote the report,” Gerry Connolly (D-Virginia) said.

Green, however, said waiting for Mueller’s testimony to consider impeachment would be “justice delayed.”