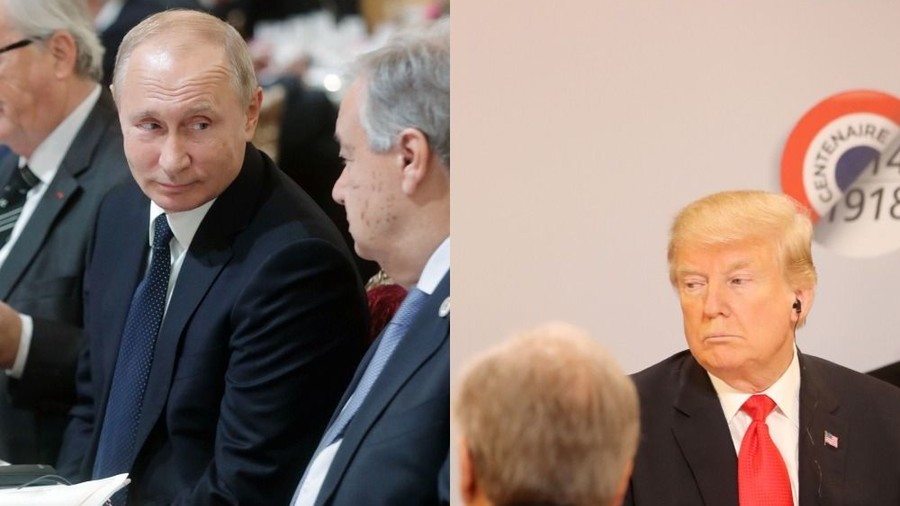 A last-minute seating change did not prevent Vladimir Putin and Donald Trump from exchanging words at the Elysee Palace lunch, the Russian president told reporters. The French hosts earlier objected to their meeting in Paris.

When asked if he had a chance to talk to Trump, Putin responded “Yes,” adding that the chat was “good.”

This is despite Putin’s spokesman saying earlier that the presidents didn’t have time to talk at the table and then said their goodbyes when leaving the Elysee Palace lunch, the final gathering event for the world leaders who arrived to mark the WWI commemoration in Paris. 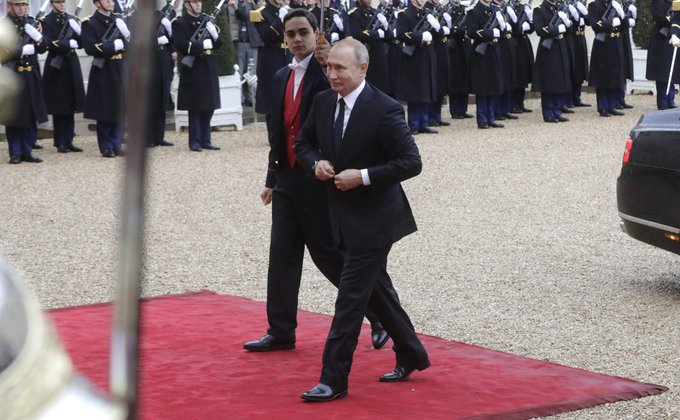 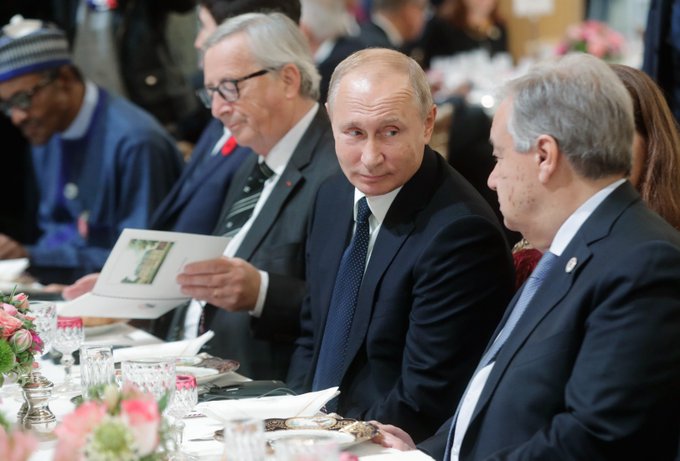 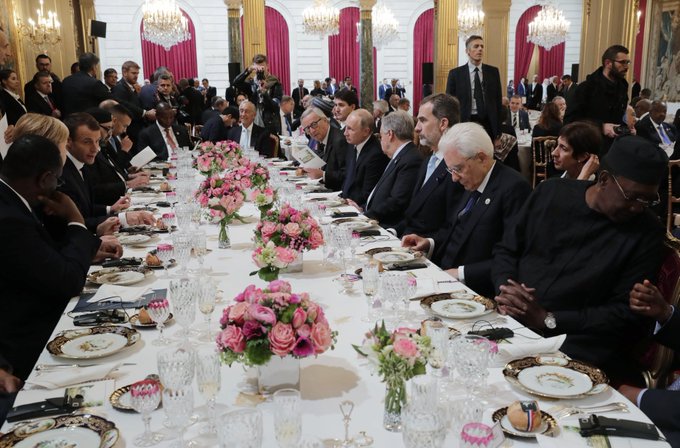 329 people are talking about this

Notably, the French side was “very insistent” that Putin and Trump not meet, Putin’s aide Yuri Ushakov told Russian TV. An earlier report claimed that French President Emmanuel Macron personally asked the two to not hold a Helsinki-like summit in Paris, worried that a Trump-Putin meeting could steal the limelight from the solemn event he hosted.

The two leaders had still said they hoped to meet at the “working lunch” in Elysee, and the preliminary seating showed Trump placed next to Putin, getting media briefly pumped up – before the seating plan was apparently changed to place them opposite to one another across the table. Putin was then preoccupied talking to the UN Secretary-General Antonio Guterres, with EU’s Jean-Claude Juncker sitting to Putin’s right, while Trump was pictured next to Macron, who in turn had Germany’s Angela Merkel to his right.

Moscow says Putin and Trump are expected to meet for longer talks during a summit for the G20 nations in Argentina’s Buenos Aires at the end of the month.