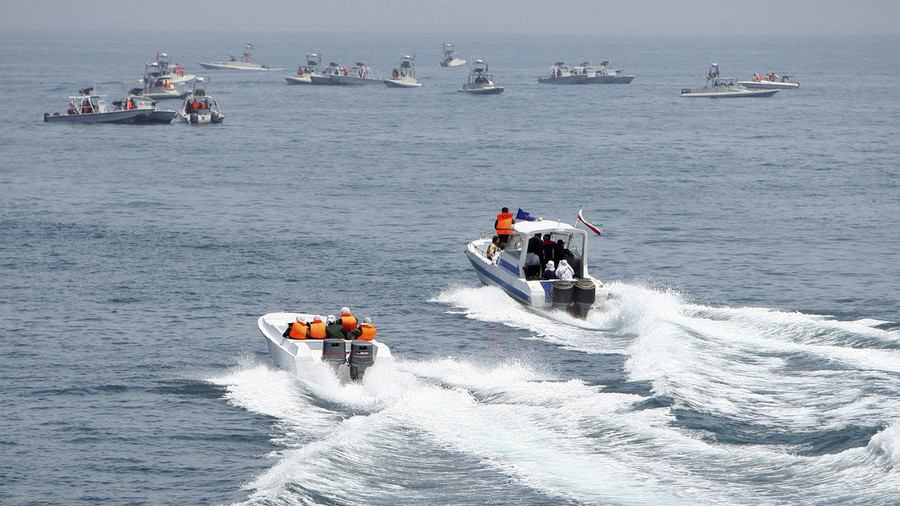 Iran’s Revolutionary Guards has acknowledged its warships took part in a naval exercise in Persian Gulf over the last few days to hone skills in “confronting possible threats” posed by enemies.

“This exercise was conducted with the aim of controlling and safeguarding the safety of the international waterway [in the Persian Gulf],” said General Ramazan Sharif, spokesman for Iranian Revolutionary Guards according to state news agency IRNA.

Sharif called the naval exercises “successful,” according to the agency adding their goal was to “enhance defense readiness and to confront threats and potential adventurous acts of enemies.”
Iranian authorities haven’t revealed how many vessels or people participated in the drills.

The carefully-worded statement comes several days after CNN published a report that told of Iran’s “major military exercise in the Persian Gulf.” Citing unnamed sources, the broadcaster said the Revolutionary Guard dispatched “dozens” of small craft to the war games.

It also said the US military was concerned about Iran’s ability to disrupt shipping lanes and cut off the Strait of Hormuz, a critical waterway through which millions of barrels of oil pass on day-to-day basis.

As these types of the Guard’s exercises are normally being held much later in the year, the CNN source tied the unusual timing to heated rhetoric between Washington and Tehran. A second source said the US Navy is “monitoring the situation closely,” adding more American ships will arrive in the Strait of Hormuz and into the Gulf in the coming days.

On the back of renewed tensions between Iran and the US, the Islamic Republic’s President Hassan Rouhani delivered a thinly-veiled threat to hamper oil shipments in the Gulf. He called Washington’s attempt to reduce Iran’s oil exports to zero was “mindless” and a sign that the Trump administration has not “thought about its consequences.” The Iranian nation“has always proved that they will firmly resist any threat to their national interests,” the President warned.

In turn, the US Navy responded by saying it will ensure the Persian Gulf is open, and stands ready to safeguard “the freedom of navigation and the free flow of commerce wherever international law allows,” according to AP.