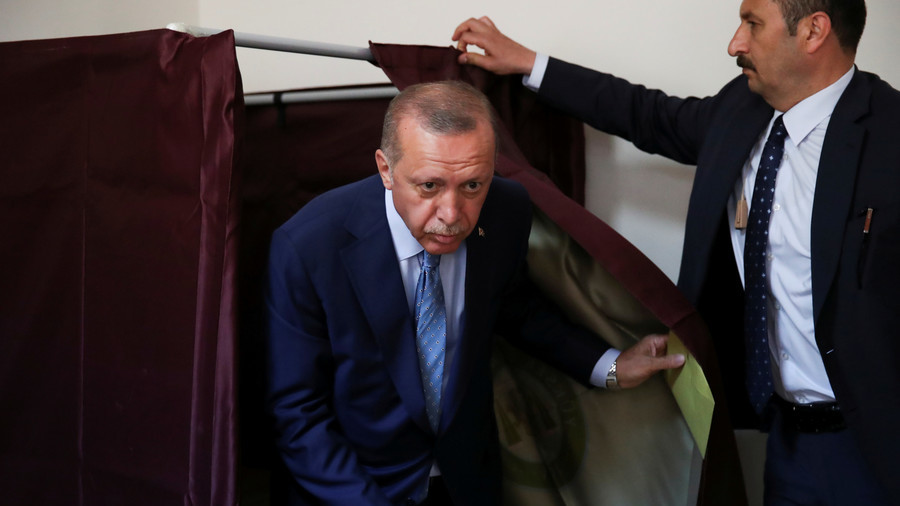 Incumbent Turkish President Recep Tayyip Erdogan has won the majority of votes, the head of the electoral board said. This would mark the second consecutive term for Erdogan, but the first one under “a new system.”

With over 97.2 percent of votes counted, the head of Turkey’s High Electoral Board (YSK) says Erdogan has secured more than 50 percent of the votes needed for the victory.

In the parliamentary election, his AK Party is also in first place with over 45 percent. The pro-Kurdish People’s Democratic Party (HDP) will also enter the parliament after passing the 10 percent threshold, according the board’s head, Sadi Guven. Turnout was at 87 percent for both polls, preliminary data shows.