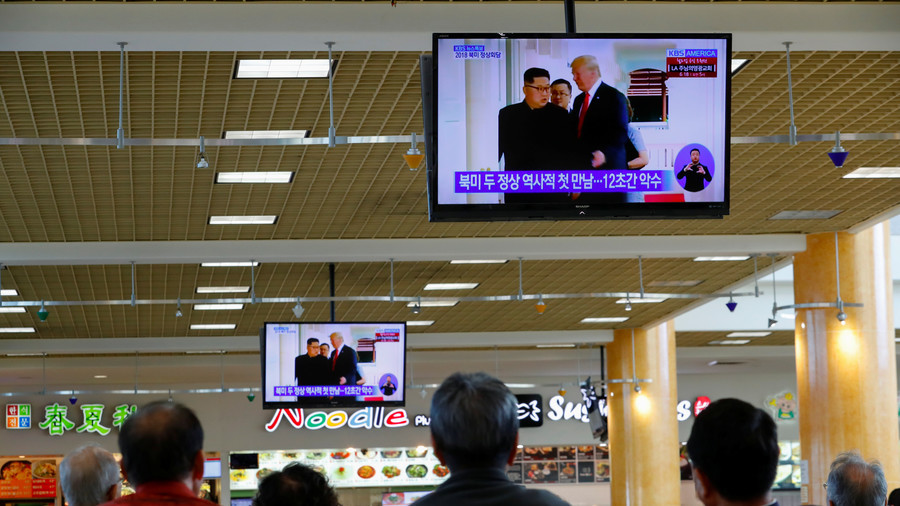 ‘Sleepless night’: In South Korea, all eyes on Kim-Trump summit

The South Korean government is hoping for a success of the Singapore summit between US President Donald Trump and North Korean leader Kim Jong-un, since it could lead to peace on the peninsula after almost 70 years.

President Moon Jae-in and his cabinet watched the start of the summit before their morning meeting at Cheong Wa Dae (“Blue House”), the South Korean news agency Yonhap reported.

“I guess the attention of all our people must currently be directed toward Singapore,” Moon said. “I too spent a sleepless night. I, along with all our people, sincerely hope that it will be a successful summit that will open a new era of complete denuclearization, peace and a new relationship between South Korea, North Korea and the United States.”