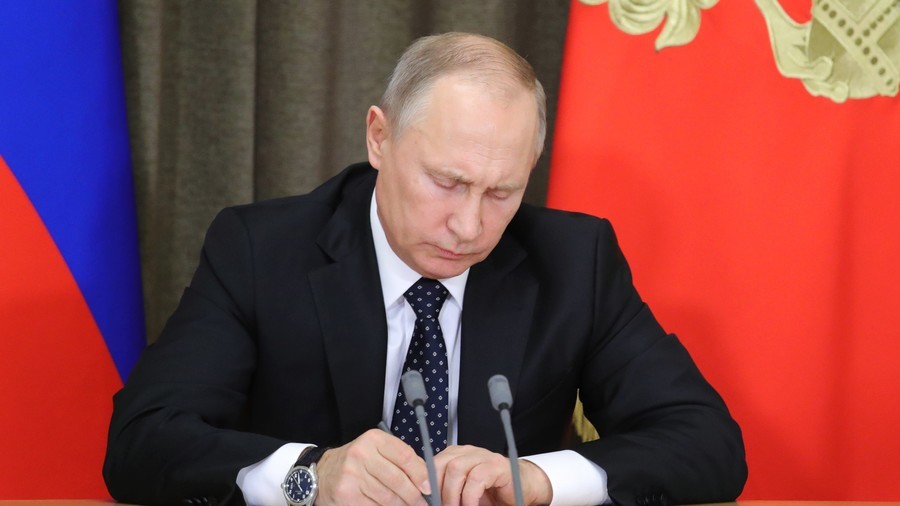 Putin signs law on countermeasures against US & its allies

Russian President Vladimir Putin has signed a law stipulating implementation of counter-sanctions against the US and its allies.

The legislation is to be applied to any state or person for “hostile actions” against Russia. It allows Russian authorities to cut international cooperation with foreign states, and to impose import and export restrictions among other countermeasures. Trade embargos will not extended to certain goods, however, that are imported by Russian citizens for personal use.

Contrary to public fears, the countersanctions do not apply to imported essential items, for which no replacements are produced in Russia or other countries.

The bill aimed at defending “economic interests and security” was drafted by State Duma Speaker Vyacheslav Volodin and the heads of all four parliamentary caucuses in mid-April. It was approved by Russian lawmakers by the end of May. The move came in retaliation to Washington’s economic penalties against Moscow.

In early April, the US Treasury included 24 Russians, including high-profile politicians, and 14 corporations on a sanctions list relating to alleged “malign activity around the globe.” The move has been repeatedly condemned by Russian authorities, with Moscow immediately promising to retaliate.