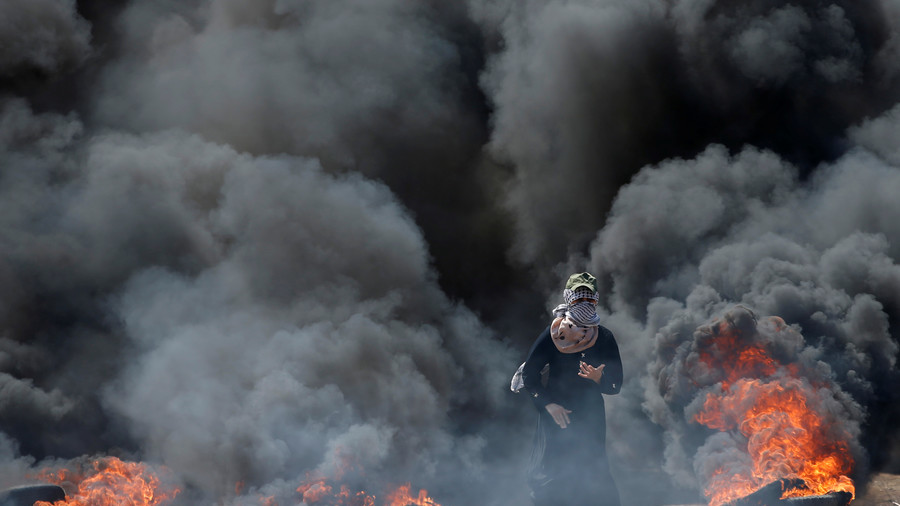 Fifty-nine Palestinian protesters, including seven children under 18, have been killed by Israeli fire during demonstrations on the day of the US embassy’s inauguration in Jerusalem, the Palestinian health ministry said Monday.

More than 2,700 protesters have been injured in Gaza on what has been the most violent day of the six week long Great March of Return. Those wounded on Monday include 203 children and 78 women, according to the ministry.

The Palestinian government denounced Monday’s violence as a “terrible massacre” perpetrated “by the forces of the Israeli occupation”, and called for an immediate international intervention to prevent further deaths. A day of national mourning has been declared by the government in Ramallah, to be held Tuesday.