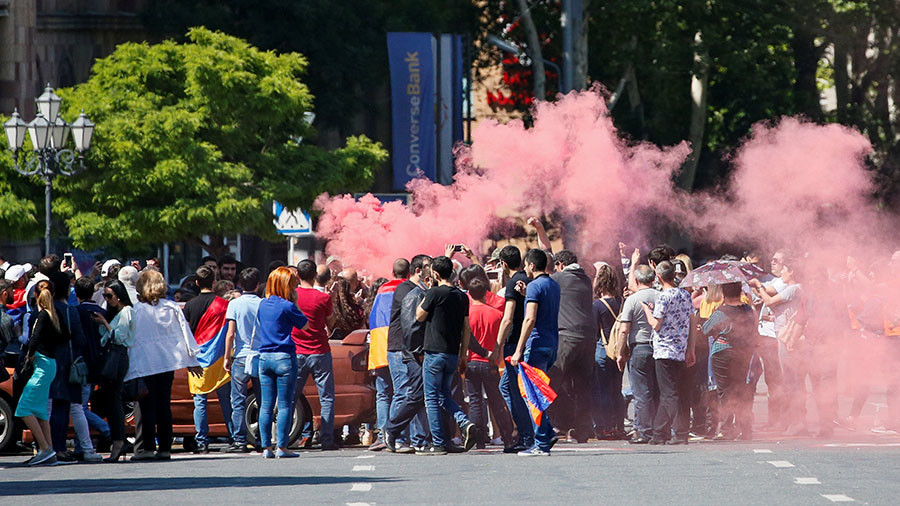 Meanwhile, protesters disrupted traffic on a road leading to Yerevan’s Zvartnots International Airport, located just 12km from the center of the city. Consequently, some passengers had to go the rest of the way on foot in order to catch their flights, according to Sputnik news agency.

Railway services have also been disrupted all across the country amid the demonstrations, a spokesman for South Caucasus Railways confirmed to Interfax. Some other highways, including the one connecting the country to neighboring Georgia, were also reportedly blocked by the opposition.