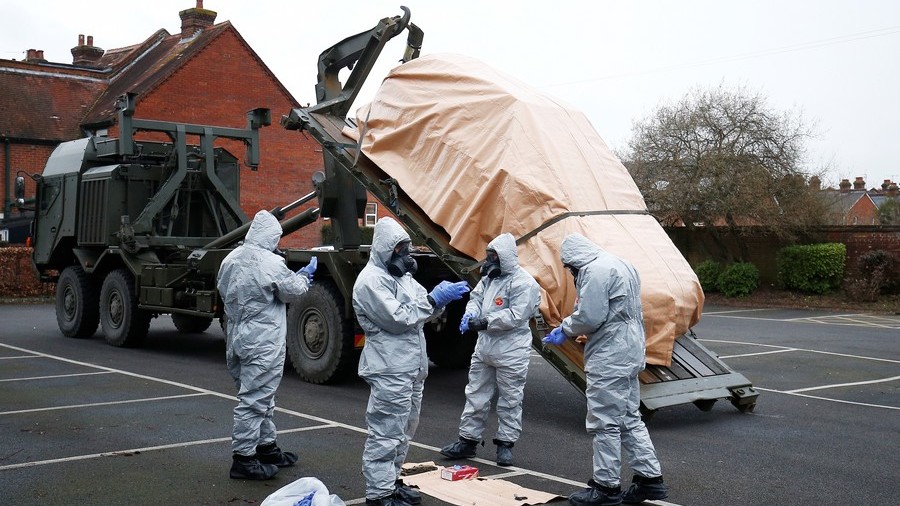 ‘UK investigators set to hide the truth, not find it’ – Litvinenko’s father on Skripal case

Fugitive Russians in the UK are effectively “hostages” of Western spy agencies, the father of Alexander Litvinenko, an intelligence officer who was poisoned in London a decade ago, told RT, sharing his insight on the Skripal case.

Walter Litvinenko used to support the theory of Russia’s involvement in the 2006 poisoning of his son, Alexander, in London, but he changed his mind after years of analyzing the inconsistencies of the investigation. London said that the fugitive Russian intelligence officer was poisoned with a highly radioactive Polonium-210. Despite an inconclusive investigation, it pinned the blame on Moscow, while the incident was branded as the first ever act of “nuclear terrorism.”Russia has vehemently denied the allegations of its involvement in the incident.

The poisoning of former double agent Sergei Skripal and his daughter, Yulia, in Salisbury on March 4, was, in turn, labeled “the first offensive use of a nerve agent in Europe since World War II.”While it bears similarities to the poisoning of Litvinenko, it was handled with different tactics, Walter Litvinenko told RT.

Litvinenko senior says the poisoning of his son was designed as a widely-publicized false-flag operation to show the world that Moscow was extremely “cruel,” and the way that it allegedly “deals with its enemies.” The ongoing Skripal scandal, in its turn, was launched to provoke a reaction from Russia, he believes.

“They realized that they have screwed up big time [with the Litvinenko poisoning] and decided to change their tactics a bit. Therefore, they do not show [any evidence] now, but keep it all in secret waiting for Russia to react to it. If there was, as they say, the ‘Russian trace’ there, everything would have been clear long time ago,” Litvinenko said.

He believes that, given the different goal, the ongoing investigation is significantly less transparent than it was back in 2006, since it is easier to hide the truth from the beginning than to try and swipe it under the rug afterward.