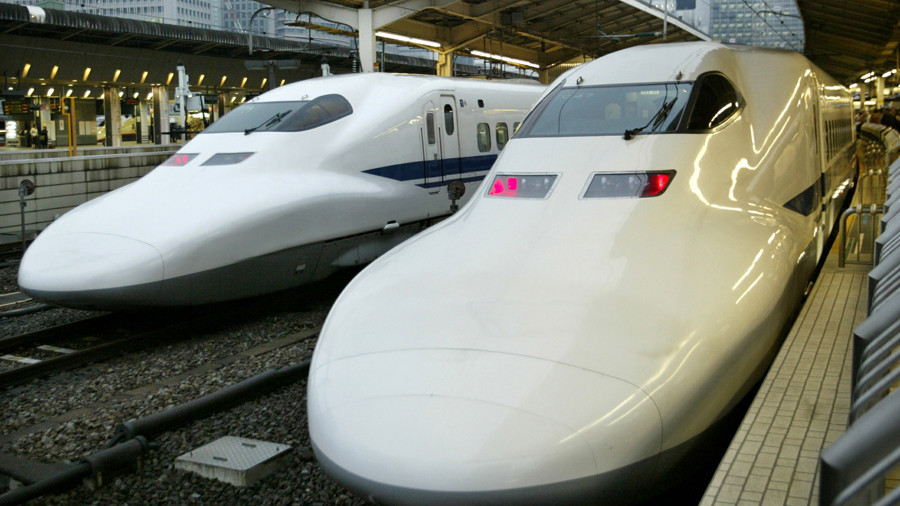 A new high-speed bullet train has been rolled out by the Central Japan Railway (JR Tokai). It will debut in 2020 on the Tokaido Shinkansen line, running between Tokyo and Shin-Osaka.

According to JR Tokai, the new Shinkansen N700S or Shinkansen ‘Supreme’ train will be smarter, sleeker and quieter. Test cars will start operating this month.

“The N700S series has been completely redesigned through renovating main facilities and equipment,” Masayuki Ueno, deputy director-general of JR Tokai’s Shinkansen Operations Division, told the Asahi Shimbun newspaper. “We have produced a train that can symbolize a new era for the Tokaido Shinkansen line.”

With a golden ‘Supreme’ logo, the N700S series will have a curvier head profile than the old N700A model. The sharper nose design, called “dual Supreme wind,” will reduce noise when entering tunnels and lessen air resistance.