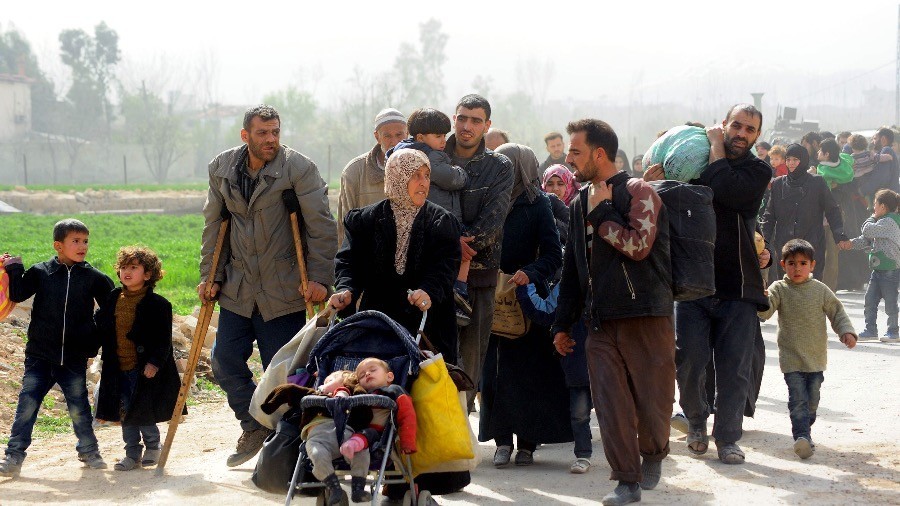 More than 11,000 people have left towns in Eastern Ghouta on Saturday morning, the Russian military said. It also set up a livestream showing humanitarian corridors from land and air.

“At the moment 11,300 people have left [Eastern Ghouta], on average over 3,000 people per hour are passing through the humanitarian corridor,” Maj. Gen. Vladimir Zolotukhin, the spokesman for the Russian Defense Ministry’s Reconciliation Center for Syria, said.

He earlier said that “the flow of people is comparable to the day when the civilians started to leave [Eastern Ghouta]. [On Thursday] around 11,000 people left Eastern Ghouta.”