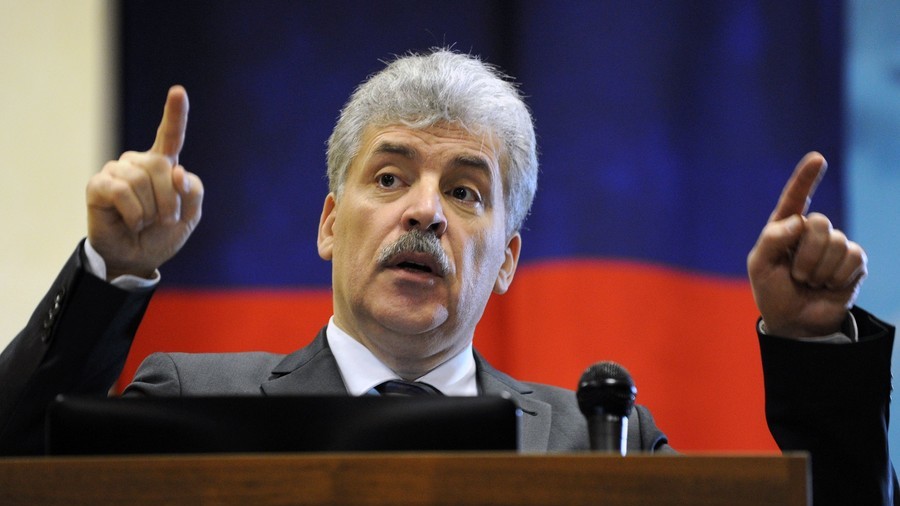 Pavel Grudinin has accused the election authorities of deliberately turning televised debates into “cheap shows,” and said he would no longer take part after other contenders exchanged insults and even threw water at each other.

“What is going on here is not debates, it is more like a bazaar with all the shouting without waiting for turns. Debates are arguments between opponents and here we see questions and answers – this is called an interview,” Grudinin said after announcing that he was refusing to participate in further debates. “It is impossible to explain why we all spend an hour here standing up, when each of us has just six minutes to make statements.”

The candidate went on to accuse the Central Elections Commission and federal television management of having a deliberate plan to damage the public attitude to the presidential election. “The Central Elections Commission and central TV channels do not want us to debate one-on-one, they turned these debates into a so-called show, and now they do only one thing – they spoil the public attitude to the presidential polls,” he stated.

“I am not going to participate in this anymore, because you are doing everything to prevent the people from coming to the elections. Because all this is more like buffoonery,” Grudinin said before leaving.