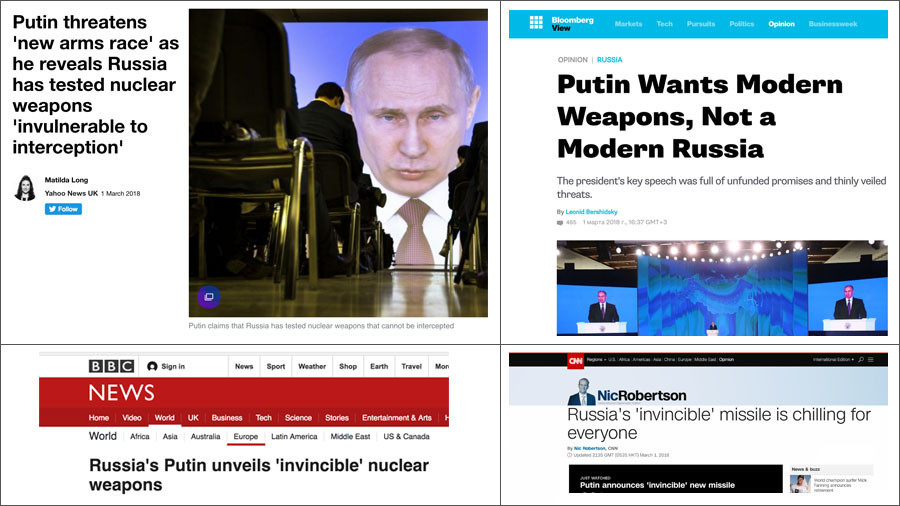 Unsurprisingly, Western news outlets focused on only one short segment of Vladimir Putin’s two-hour speech on Thursday, reframing the state-of-the-nation address as a (nuclear-tipped) sabre rattle in front of a watching world.

In his message to Russia’s Federal Assembly, Putin spent around four minutes on the new-generation Sarmat ICBM, and on an as-yet-unnamed nuclear cruise missile. The Russian President, who is facing re-election later this month, emphasized that both of these systems have almost unlimited reach, and are invulnerable to interception in-flight.