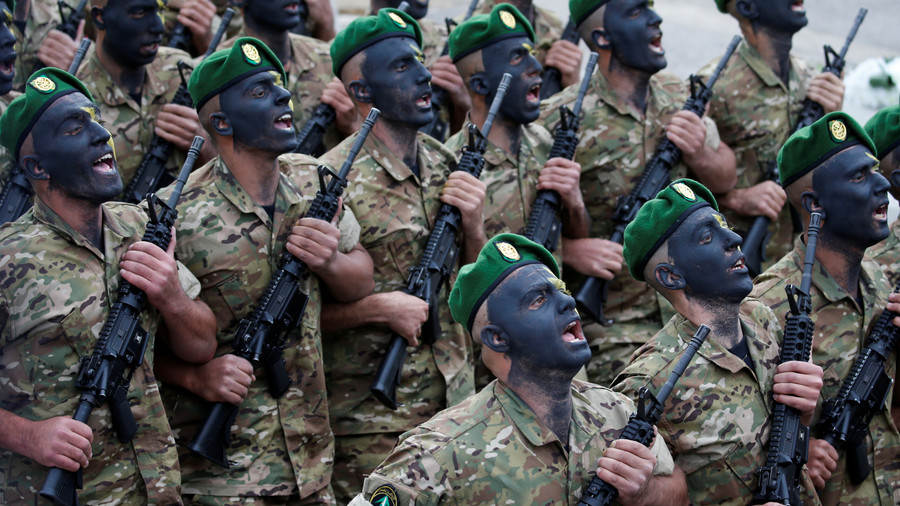 Lebanon ready to confront any ‘Israeli aggression at all costs’ – army

The Lebanese army has reaffirmed its readiness to confront the “Israeli aggression” by any means at its disposal if the ongoing disputes and already tense relations between the neighbors escalate into an armed confrontation.

“I reaffirm again our categorical rejection of the Israeli enemy infringing on Lebanon’s sovereignty and its sacred right to exploit all its economic resources,” General Joseph Aoun said, as quoted by the Lebanese army. “The army will not spare any method available to confront any Israeli aggression, whatever that costs.”

Earlier this month, Lebanon signed its first contracts to explore two offshore zones for oil and gas. One of the parcels included exploration rights to the so-called Block 9, a triangle off the coast that is around 860 square kilometers – which Israel claims the rights to. Israeli Defense Minister Avigdor Lieberman described the move as “very provocative,” noting that Block 9 falls under Tel Aviv’s sovereignty. As Israel continues to assert its rights over the continental shelf, a consortium of international energy companies, including Italy’s Eni, France’s Total and Russia’s Novatek, have already received approval from Beirut to explore the two blocks off the coast.