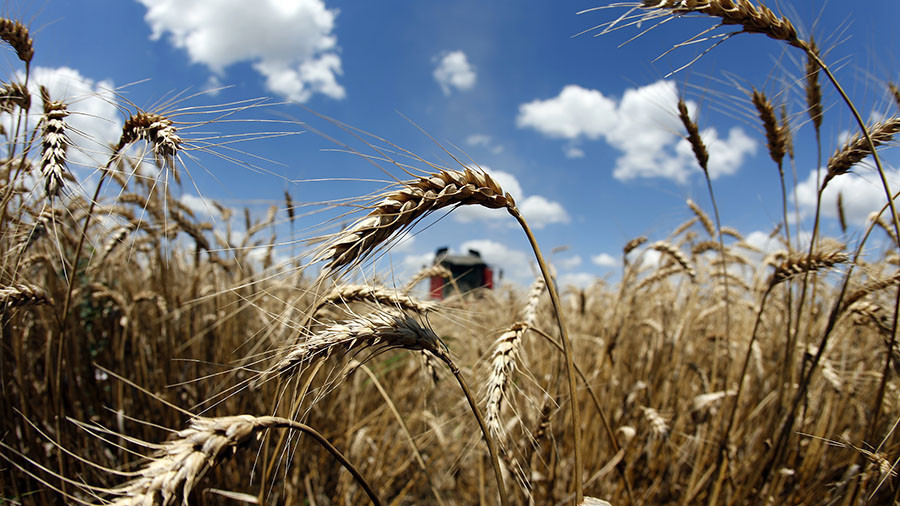 The growing production of grain in Russia is boosting the country’s exports, which are close to a record 50 million tons this year according to the director of the SovEcon analytical center, Andrei Sizov.

The director said that the country exported 48 million tons between July 2017 and the end of January 2018.

Last year, the country ceded its status of leading wheat exporter to the United States. The Russian Agriculture Ministry expects to regain the status by the end of this agricultural year [July 2017 — June 2018]. It forecasts grain exports to be 45 million tons against 35.5 million tons in the previous year.

Overall, agricultural production in Russia is projected to grow three percent this year, from last year’s 120.7 million tons. That would be the best-ever harvest for Russia, even counting the Soviet era.

The country’s export market is actively expanding, according to Sizov. Russia supplies grain to Algeria, Jordan, Egypt, Lebanon, Turkey and Iran, and Saudi Arabia has announced plans to become a major hub for Russian agricultural products in the Middle East.

In the near future exports to Indonesia and Thailand will increase, as well as those to Latin American countries including Mexico.

Russia has a significant share of the European market; almost 12 percent of Russian agricultural exports, worth around $2 billion, go to the continent.