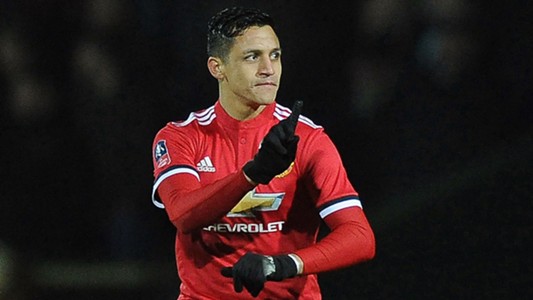 Alexis Sanchez has been getting to grips with his new Manchester United team-mates in training – just a week on from his Arsenal switch.

The 29-year-old made a terrific start to life in a United shirt, playing a key role in their 4-0 win over League Two club Yeovil in the fourth round of the FA Cup – assisting Ander Herrera and helping tee up Marcus Rashford.

Sanchez has certainly made an impression on his team-mates in training, with Luke Shaw saying he was taken aback by the Chilean’s “unbelievable” ability and Michael Carrick describing him as a “proper” United signing.