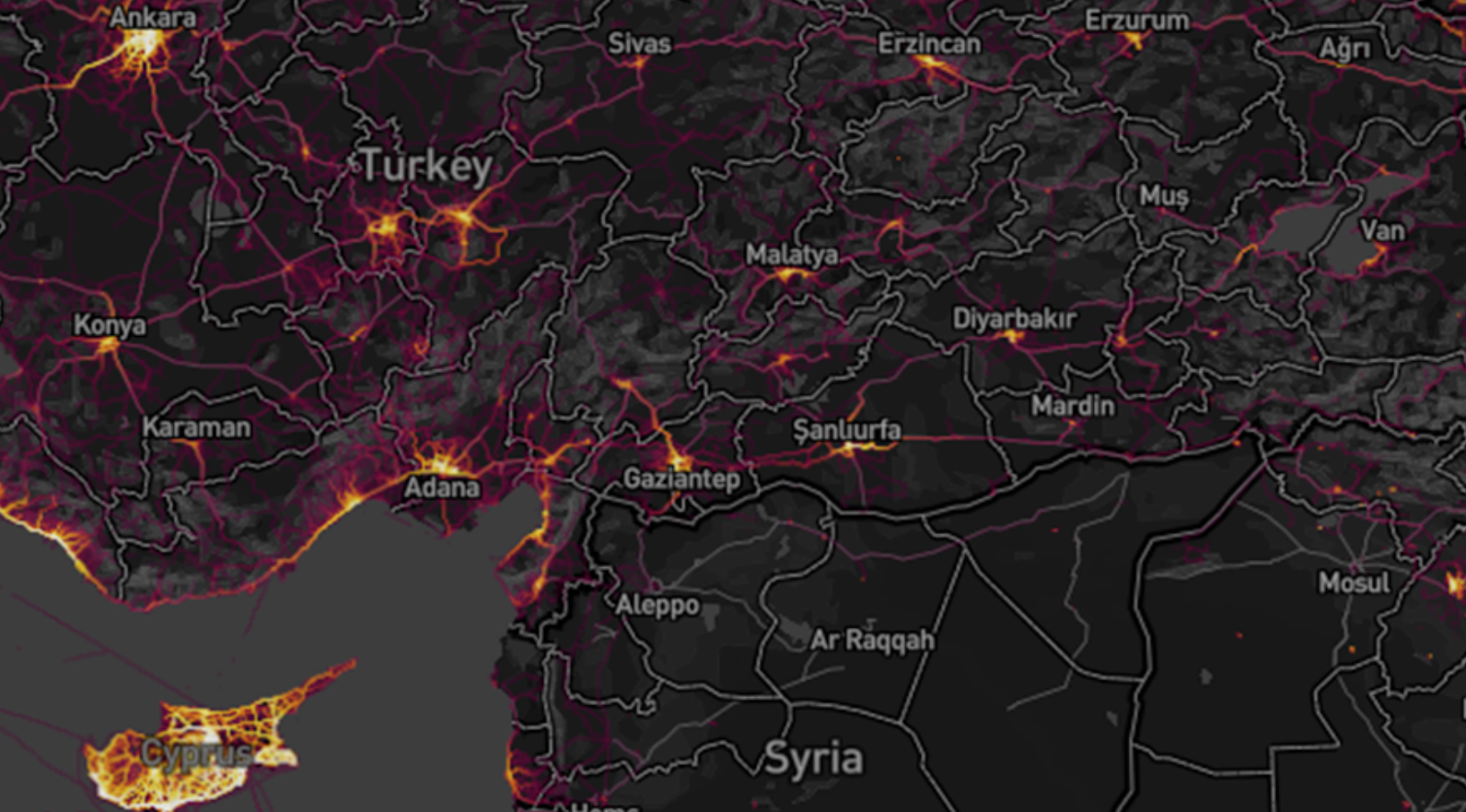 Terrorists, militants and other irregular forces who don’t use jogging apps may have a tactical advantage after a worldwide heatmap by fitness tracking app Strava exposed the possible locations of hi-tech force deployments.

When the San Francisco-based startup published its map of more than one billion jogging and cycling routes late last year, it promised that data would be anonymized, and only those who agreed to participate would be included in the project.

However, it also inadvertently showed that despite tight restrictions on the use of electronics at many sensitive sites, military personnel on secret missions around the world are just as bad as civilian users at reading the small print and turning off privacy-destroying settings on the apps on their iPhones and FitBits. It also showed they are avid joggers even in the middle of combat zones.