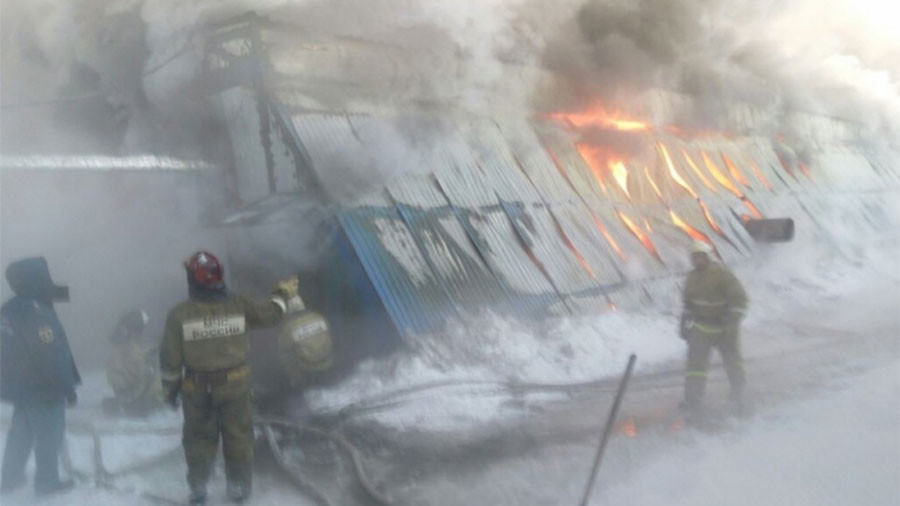 A major blaze has ravaged a shoe factory near the Siberian city of Novosibirsk, covering about 2,000 square meters with plumes of reportedly toxic smoke. Sources in emergency services told local media 10 people were killed.

“According to preliminary estimates, 10 people have died,” a source in the emergency response team told Interfax. “Having noticed signs of a fire at the factory, they attempted to extinguish the blaze on their own, before the arrival of firefighters, but died from carbon monoxide poisoning.”

A source in the local branch of the Emergencies Ministry confirmed to TASS that the bodies of 10 people have been discovered at the site of the fire. “Ten workers of a warehouse and shoe manufacturer, based in the hangar [of the factory], have died,” the source said.

According to preliminary data, the majority of the deceased are Chinese nationals; two individuals are reportedly Kyrgyz nationals. “The names of the deceased, as well as their exact citizenship, are being established,” a source in the emergency services told TASS.

The fire broke out at around 9am local time on Thursday. Some 84 firefighters and 24 units of equipment have assisted in putting out the blaze. Smoke from the fire at the shoe factory is not believed to represent a danger to local residents. “Thick black smoke, formed during the burning of synthetic materials, does not pose any threat to the population,” the local Emergencies Ministry said. According to preliminary findings, an internal short-circuit may have triggered the fire.

Firefighters managed to extinguish the blaze outside the factory by noon.