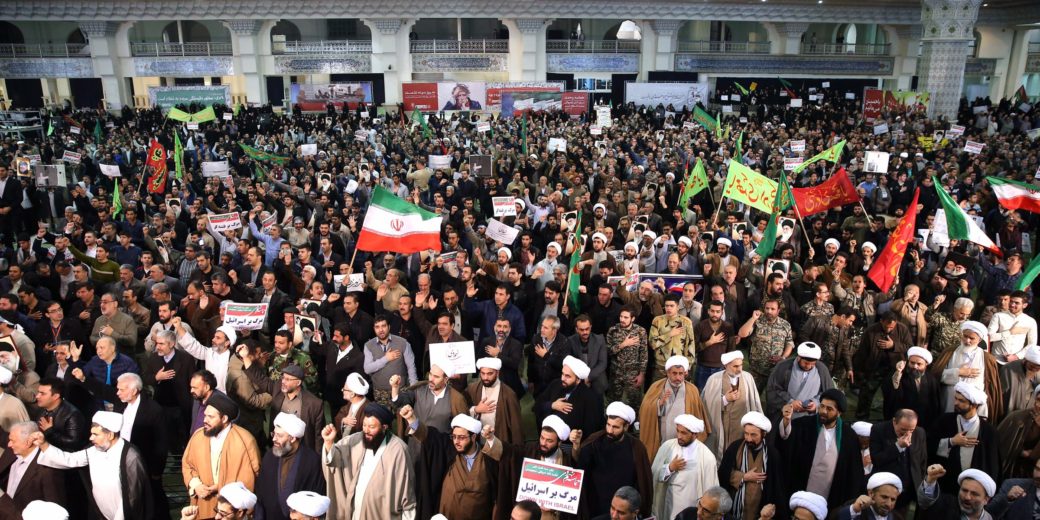 Iran’s Ambassador to the UN Gholamali Khoshroo has accused the US of “grotesque” interference in his country’s affairs, and of encouraging regime change in the Islamic Republic. He also accused Trump of inciting “disruptive acts.”

As a wave of protests against poor worsening standards and unemployment gripped Iran, Washington was quick to throw its support behind the demonstrators. US President Donald Trump praised the riots “against the brutal and corrupt Iranian regime,” and said that the US was closely watching the situation.

US Envoy Nikki Haley even vowed to call for an “urgent” UN Security Council (UNSC) meeting on Monday to discuss the situation in Iran. No such meeting has been yet scheduled.

Tehran has continued to fire back at the US stance. Khoshroo condemned the American administration’s “acts of intervention in a grotesque way in Iran’s internal affairs.” The ambassador said that Washington had meddled in Iranian domestic affairs under the pretext of support for the rallies, “which in several instances were hijacked by infiltrators to include acts of senseless homicide.”

“The current US administration has crossed every limit in flouting rules and principles of international law governing the civilized conduct of international relations,” Khoshroo said in a letter to the UN, cited by Tasnim news agency on Thursday.

Online comments by Donald Trump and Vice President Mike Pence’s have also triggered Iran’s concern. The envoy lashed back against their “numerous absurd tweets,” which provoked the protesters “to engage in disruptive acts” and even encouraged them “to change their government, admitting that the US is engaged in interfering with the internal affairs of Iran through Facebook and Twitter.”

Trump’s harsh statements targeting Tehran were previously criticized by Iran’s Foreign Ministry spokesman, who suggested that the US leader should “address his country’s domestic affairs” instead of “wasting his time on posting useless and insulting tweets” about others.

On Wednesday, French President Emmanuel Macron said that hostile statements on the ongoing protests in Iran by the US, Israel and Saudi Arabia could lead to a war. He also urged all parties to maintain balance in relations with the Islamic Republic, while seeking ways to “increase international pressure” on it.

Russia also warned the US against attempts to meddle in Iran’s domestic affairs, with Russian Deputy Foreign Minister Sergey Ryabkov saying that Washington had used the situation to hamper the nuclear agreement with Tehran. Earlier this week, Foreign Ministry spokeswoman Maria Zakharova also reminded the US about its own experience in “putting down protests,” including mass arrests and crackdown against the Occupy Wall Street movement and operations against Fergusson protesters.

Speaking to RT, some Iranians pointed to the unfair treatment of their country. Despite some praising American support, others said that demonstrations on the same issues could occur anywhere.

“In any country, people can protest against high prices. But whenever such demonstrations happen in our country, opponents of the establishment come out and support them,” a woman told RT. Another local resident said that authorities’ opponents use the riots “for their own purposes” each time demonstrations take place.

Despite the fact that most of Iran’s economic problems “are domestically generated,” Washington is also culpable for these troubles as it violated its own international obligations, UK’s former ambassador to Iran, Sir Richard Dalton, believes.

“Another reason why investment and thus new jobs have been slow in coming is that the international flows have not been forthcoming and that is because, contrary to their obligations under the nuclear agreement, Western countries, notably the United States, have not taken sufficient steps to facilitate normal financial flows,” Dalton told RT.