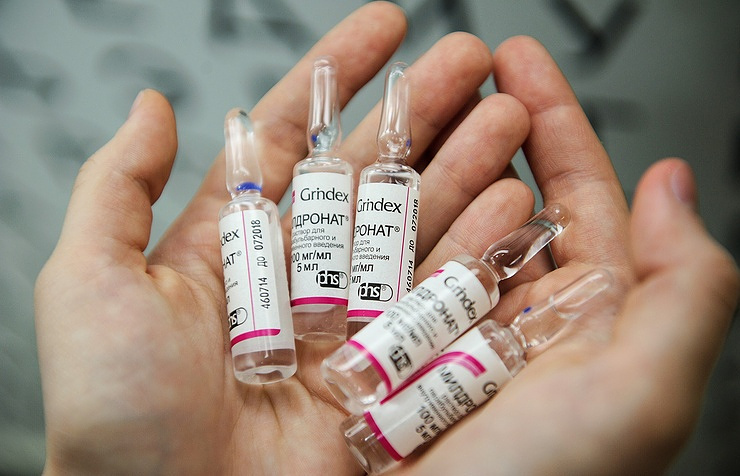 “We have found a substitution for meldonium,” Uiba said. “This is a set of medications, which are not included in the list of the banned substances and they are by far effective compared with meldonium.”

The drug meldonium (mildronate) was included in the list of preparations banned by the World Anti-Doping Agency from January 1, 2016. The presence of the meldonium substance in the athlete’s blood during and between competitions is a violation of anti-doping rules. The substance belongs to S4 class on the WADA blacklist (hormones and metabolic modulators).

Following numerous positive doping tests for meldonium since the beginning of 2016, WADA announced in April last year that the concentration of less than one microgram of meldonium in the body system of an athlete, whose doping tests were conducted before March 1, 2016, was acceptable and the athlete at the issue was not a subject to any sanctions whatsoever.

Meldronate is a cardiovascular preparation freely available for purchase at pharmacies across Russia without doctor’s prescription.

The Latvian pharmaceutical firm Grindex, the producer of mildronate, announced in April of 2016 that it sent WADA an overview of the preparation’s use over the past 30 years.

Grindex said in its letter that it decided to send its overview to WADA because the world anti-doping body had not provided the company with sufficient scientific proofs substantiating the inclusion of meldonium into the list of the banned substances. Grindex maintains that meldonium never influenced athletes’ achievements.