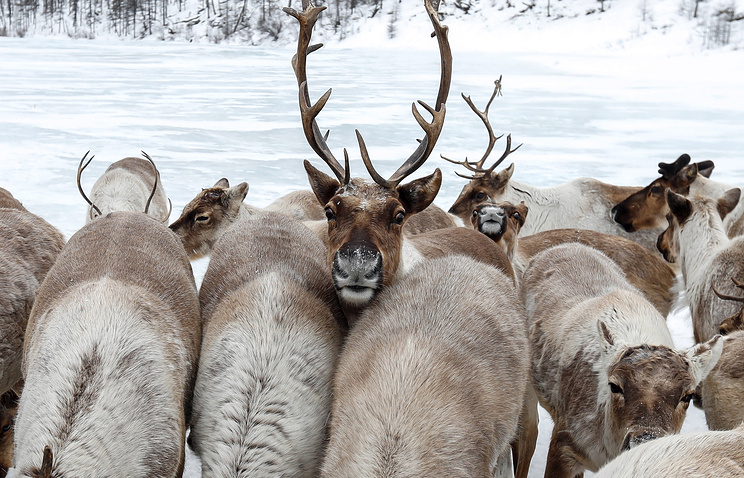 Scientists of the Siberian Federal University will study migration routes of the reindeer across the Putorana Plateau in the Krasnoyarsk territory, the University’s press service said on Wednesday.

“The University’s expedition is working in Evenkiya to place seven satellite collars,” the University said. “Another stage of the Evenki Reindeer (the University’s program of reindeer studies – TASS) is aimed at studies of the western group of the wild reindeer, which migrates across the Putorana Plateau.”

The Putorana Plateau is a mountainous range south from the Taymyr Peninsula in the northern part of the Krasnoyarsk territory. The plateau is a UNESCO World Heritage site. Earlier, scientists used satellite collars to follow up routes of another reindeer population.

“In 2015, we placed collars on ten reindeer near the Yessei Lake and watched them move from Evenkia to Taymyr and back. We are using new transmitters with longer terms, we get unique data on routes of the same female reindeer within two cycles of migration. Now, the University specialists are working on the collected information,” the University’s representative Sergei Verkhovets said.

The population of wild reindeer in Taymyr, from where the animals regularly migrate to Evenkia and Yakutia, is about 350-450 thousand. The number is reducing in all the northern regions of this country – right now about 900,000 live in Russia, while only a few decades ago they were 1.5 million.

The main threats are poaching and unregulated hunting, as well as the imperfect legal base on different forms of hunting reindeer. For example, the biggest in the world reindeer population in Taymyr reduced by almost a half in recent ten years because of excessive hunting, as the hunting there violates time frames, hunted amounts and hunting means.