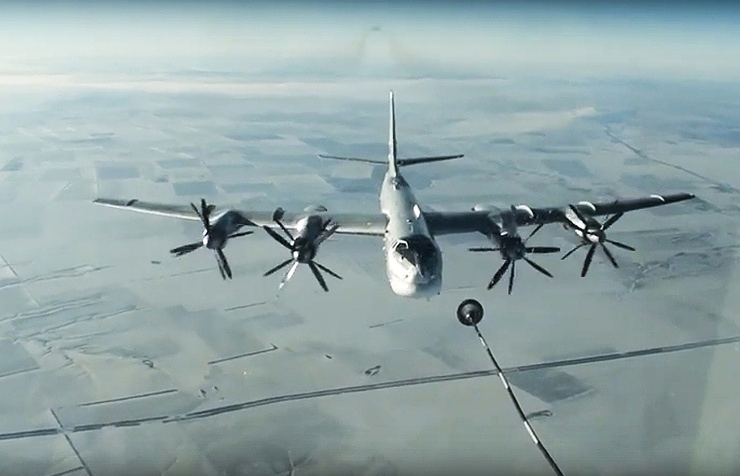 US decides not to intercept Russian bombers flying near Alaska

“Russian bombers did enter the Alaskan Air Defense Identification Zone (ADIZ) last night, but NORAD did not intercept them and at no time did these foreign aircraft enter into US sovereign airspace,” she said.

According to Clemons, the flight was “in international airspace”. She stressed that “for operational security purposes” NORAD does not discuss “exact distances foreign aircraft may fly from US airspace.”

On Tuesday, Fox News reported that the US Air Force launched a single E-3 Sentry early warning aircraft, known as AWACS to make sure there were only two Russian bombers flying near Alaska, and no other aircraft flying underneath the large bombers.

Almost the same situation occurred on April 17, when two F-22 fighter-bombers and a US Air Force’s E-3 AWACS radar reconnaissance aircraft were launched to detect and identify Russian missile carriers.

According to Fox News, F-22s escorted Russian bombers in flight for about 12 minutes and after that Tu-95 made an U-turn and flew back.

The Russian bombers flew about 161 km to Kodiak Island and about 451 km to the Elmendorf-Richardson base, which is used jointly by the Air Force and the US Army, Fox News reported.

Russia’s of Defense Ministry said that, the US F-22 tracked Russian Tu-95MS for almost half an hour over neutral waters near Alaska. The ministry recalled that long-range aviation pilots routinely perform flights over the neutral waters of the Arctic, the Atlantic, the Black Sea and the Pacific according to the approved plan.