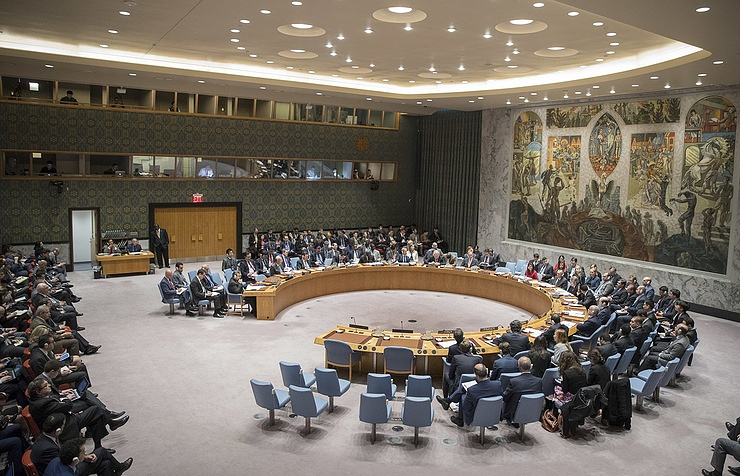 The UN Security Council failed to adopt a statement condemning the missile test conducted by North Korea on April 15 because of disagreements between Russia and the United States.

According to Russia’s Permanent Mission to the UN, on Wednesday, the US delegation scaled down the work on the document, refusing to include the call for a settlement of the situation on the Korean peninsula through dialogue in it.

An official at the Russian embassy reminded that these words were a quote from the last resolution on North Korea, which was unanimously adopted by the Security Council in 2016.

Besides that, in the past the call for dialogue was repeatedly included in the UN Security Council press statements concerning missile launches by Pyongyang and this did not arouse any doubts from Washington. Nevertheless, in the draft document submitted by the United States on April 19 lacks this wording.

“When we demanded to restore this “agreed wording”, which is of great political importance, and expressed our readiness to continue working with the authors of the draft, the US delegation scaled down the work on the document without explanation of reasons and said that Russia had blocked a statement for the press,” according to a statement of the Russian Federation’s permanent mission which was obtained by TASS.

On Sunday, North Korea attempted to launch another missile, but failed, according to the data of the US air forces – the missile exploded almost rights after the launch. The attempt of the missile test was made amid the celebration of the anniversary of birth of North Korea’s founding leader Kim Il-sung. A large-scale military parade was held in Pyongyang. According to analysts, during that parade a submarine launched ballistic missile was shown for the first time.