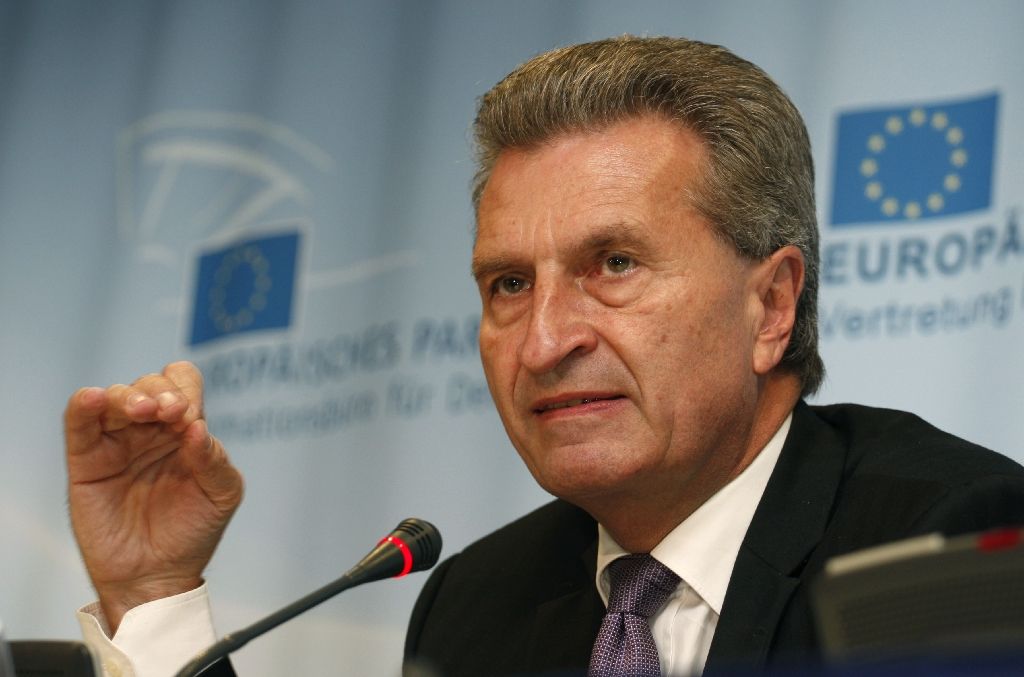 Germany’s European Commissioner Guenther Oettinger on Sunday defended his use of the term “slitty eyes” for Chinese people which triggered outrage after they were revealed in a leaked recording of a speech to business leaders.

Oettinger — the commissioner for digital economy who was last week named to the more powerful post of budget commissioner — also made disparaging remarks about women and gay marriage.

In the comments, secretly filmed at a Hamburg event earlier this month, he mocked a delegation of Chinese ministers, “their hair combed from left to right with shoe polish”.

Anonymous YouTube user “Sebas Travelling”, who uploaded the clip on Friday, said Oettinger had used the words “slitty eyes” and “chiselers” to refer to Chinese people.

“That was a somewhat sloppy expression that was not meant in any way disrespectfully towards China,” Oettinger told Die Welt newspaper on Saturday.

The comments were made during a speech focusing on EU relations with China, the world’s second largest economy.

“Nine men, one party. No democracy, no female quota, and no women — which follows logically,” he said, referring to the delegation which had recently visited the Commission.

Oettinger insisted to Die Welt that his comments were taken out of context and that he had “received a lot of positive reaction” to the speech.

In his comments to the Hamburg forum, he also took aim at the political agendas of domestic German politicians, including more generous pensions and child benefits, a controversial road toll for foreign vehicles, and “soon to come, compulsory gay marriage”.

“I have nothing against same-sex marriage,” he said on SWR public radio on Sunday.

“But while we’re all talking and arguing about that, there is no time for other, critical questions, which would keep Germany and Europe ahead in a dynamic world.”

In the secretly-recorded speech, he said Germany and other EU nations were allowing Chinese firms to buy up European companies and their valuable know-how and intellectual property, while China did not allow Europeans to invest there as freely.

“The same rules should go for China and for Europe. We should open our markets to one another to the same extent,” he told Die Welt.

The comments come at an embarrassing time as they emerged just after European Commission chief Jean-Claude Juncker announced Friday he had tapped Oettinger to take over the budget portfolio from Bulgaria’s Kristalina Georgieva.

Juncker and German Chancellor Angela Merkel should “impose an adequate punishment in the face of this behaviour unworthy of a member of the European Commission”, French activist group SOS Racisme said in a statement Sunday.