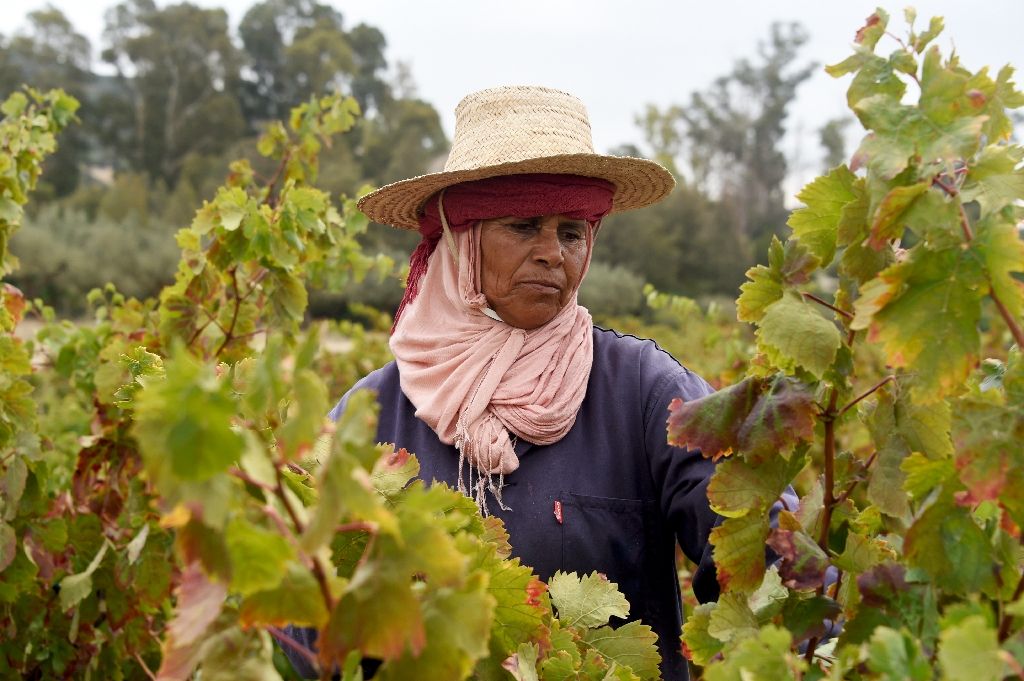 Tunisia looks to branch out into wine tourism

Although Tunisia’s tourism industry seems to be going through an unending chill, Mohamed Ben Sheikh is convinced there are good days ahead thanks to the nation’s vineyards.

Standing on a hillside on his land, he says, “Our country is rich in local produce.”

Among these assets, the ancient culture of winemaking is undergoing something of a revival in this overwhelmingly Muslim-majority country which has a reputation of being one of the most liberal in the Arab world.

For decades, Tunisia has relied heavily on tourism but almost exclusively targeting beachgoers and sun worshippers. But the instability that followed its 2011 Arab Spring uprising has sparked a major crisis, forcing the north African country to rethink its strategy.

And one of the possibilities is attracting wine enthusiasts.

“Wine is a premium product which relates to both land and history. It is a way of promoting Tunisia,” says Ben Sheikh, president of the chamber of alcoholic drinks producers.

At the Neferis vineyard in Grombalia, perched on hills overlooking the Mediterranean some 40 kilometres (25 miles) southeast of Tunis, Ben Sheikh is trying to develop a wine route as an “alternative” form of tourism which he is hoping to be able to offer tour operators next year.

Besides wine-making Tunisia is home to many archaeological sites, he adds. “We should create cultural tourism.”

Tunisia is no newcomer to vineyards. It has been producing wine for at least 2,800 years, Ben Sheikh says.

“Carthage was the granary of Rome but it was also its wine cellar. It had a great agronomist, Magon, who was the first to write treaties on winegrowing,” he explains.

The idea is to develop a tour stretching from the capital Tunis to the nearby Cap Bon peninsula, mixing archaeology with visits to local vineyards.

And it is the wine aspect which is most likely to surprise.

Following a post-independence decline partly due to Europeans buying their own produce, according to industry veteran Belgacem D’Khili, Tunisia’s winegrowing industry experienced something of a revival in the 1990s.

At the time, the government promised to reclaim public land and bring in foreign investment in a step which saw the emergence of seven companies for agricultural development.

Twenty years on and the bet seems to have paid off.

For that, “we need investment in new technologies, and cooling the wine at controlled temperatures during fermentation,” says Rached Kobrosly, who is in charge of quality control at the Neferis winery.

Spread over 450 hectares (about 1,100 acres), Neferis produces 1.2 million bottles every year and Kobrosly says they compare among the world’s best. He cites as examples Italy’s typically rich red wine Amarone and classified French wines such as Saint-Emilion and Pomerol, both from the Bordeaux region.

Kobrosly says the 32 million bottles emerging from Tunisian wineries — and almost all of it consumed domestically — “has a very great chance of being exported” and sold in overseas markets.

But despite the optimism the figures remain modest.

This is partly due to the limited scale of vineyards — only 15,000 hectares on a national level — and a near total absence of any marketing strategy.

“The problem with Tunisian wine is not one of a bad image but the fact there’s no image!” says Kobrosly.

“To reinforce its touristy appeal, events have to be launched around grape harvests and wine cellars,” says Tahar Ayachi, a journalist specialising in heritage and tourism.

“There was a time when one celebrated harvests and where one pressed grapes in village squares,” Ayachi adds.

D’Khili, who has for years headed the “Vignerons de Carthage” wine cooperative, says there is “long-term work” ahead.

But with “the revolution in quality in the last 20 years, we have the tools to succeed.”

D’Khili, who is trying to promote Shadrapa, a picturesque domaine nestled on the banks of the Medjerda river about 70 kilometres west of Tunis, says the site could become a huge tourist draw.

“We are close to Dougga, one of the most beautiful archaeological sites and we are working in tandem with some of the bed and breakfast places in the area,” he says.

“Viticulture is the sector of the future.”