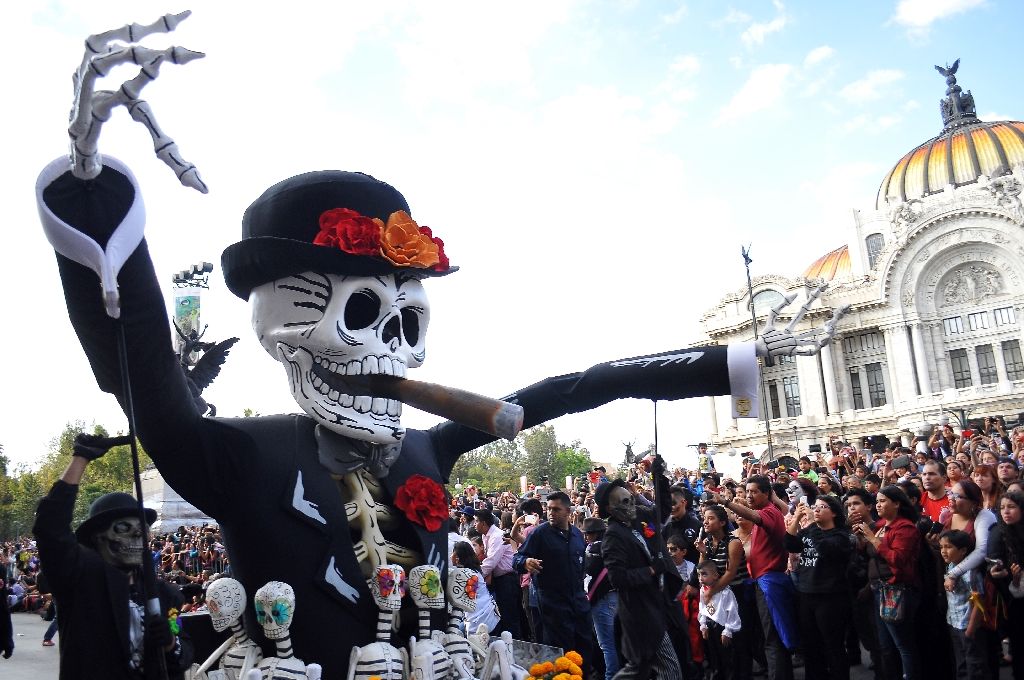 Thousands thronged downtown Mexico City on Saturday for a “traditional” indigenous procession held for the first time this year, inspired by a hit Hollywood movie.

The Paseo de Reforma, this capital city’s grand boulevard, was filled with revellers — some local, some tourists — taking part in the procession inspired by the opening scene of the 2015 James Bond movie “Spectre.”

In Spectre, the British agent played by Daniel Craig goes after a bad guy through a parade featuring giant skeletons floating among people dancing with their faces painted as skulls.

Saturday’s parade — staged by city elders inspired by the movie — started at the Angel of Independence monument and ended at the historic Zocalo square.

The procession tried to recreate the props and wardrobe from the movie, with thousands of volunteers dressed in skull and skeleton costumes, as well as traditional dress.

Musicians and dancers representing various regions across Mexico performed along the length of the procession.

The Day of the Dead takes place between November 1-2 every year, when Mexicans visit cemeteries to pay respects to their late relatives, bringing them food and drinks in a centuries-old tradition mixing pre-Hispanic and Catholic beliefs.

Those taking part in Saturday’s procession said they enjoyed the fete, even if it was imported from a make-believe world of celluloid.

“The truth is, it turned out to be quite nice,” said Alfredo Nunez, a retiree who attended the event with his wife, adult children and a granddaughter.

Beatriz Galeana, a Spaniard who now resides in Mexico, said she had been looking forward to seeing whether the procession captured the essence of the deeply spiritual Day of the Dead holiday.

“I wanted to see the artistic work relating to the Day of the Dead,” which was rendered quite differently to the traditional celebration, she said.

Day of the Dead observances, Galeana noted, “have more to do with spirituality,” while the “parade is mostly about capturing the aesthetic” of the celebration.

The procession is part of a series of events to run through November 2 in the capital.

Authorities were hoping the parade would give a boost to local tourism, which it appears to have done.

Officials said they expect to rake in $52.1 million from the event, and that hotel occupancy was at a brisk 80 percent.