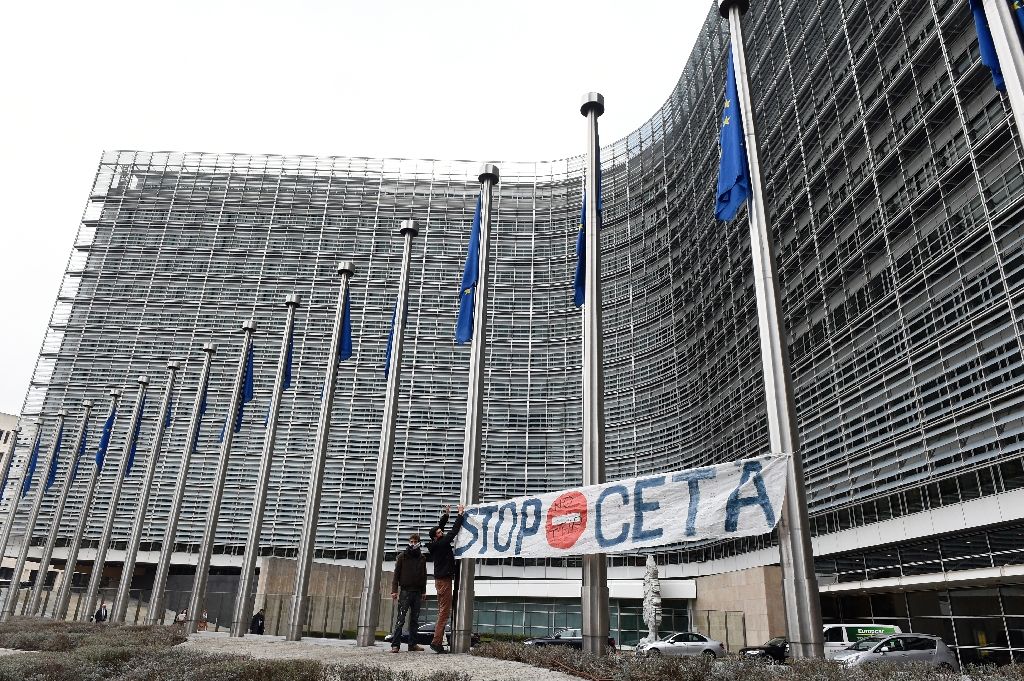 Canada on Thursday hailed a deal reached by Belgian political leaders to break the logjam over a landmark trade deal between the EU and Canada, but cautioned there is more work ahead.

Resistance from Belgium’s French-speaking Wallonia region had threatened to derail the pact between the 28-member bloc and Canada, the world’s 10th biggest economy.

But Belgian Prime Minister Charles Michel on Thursday announced an agreement had been reached with Walloon leaders in support of the CETA deal.

“If it materializes, it’s excellent news,” Canadian Foreign Minister Stephane Dion said during a visit to Paris, adding he was “cautiously optimistic.”

His counterpart Jean-Marc Ayrault added, “If it is confirmed, we are very happy about it.”

A spokesman for the Canada’s Trade Minister Chrystia Freeland, however, commented in an email to AFP, “There is still work to do. There remain additional steps before signing.”

The CETA pact would link the EU’s single market of 500 million people — the world’s biggest — with Canada, the world’s 10th largest economy.

“I am cautiously optimistic — once bitten, twice shy,” said Dion.

“We will show it is possible to trade and have progressive policies for the environment, health and social policies.”

The leaders of Wallonia, a 3.5 million-strong region south of Brussels, had demanded guarantees that CETA will not harm local farming and other interests.