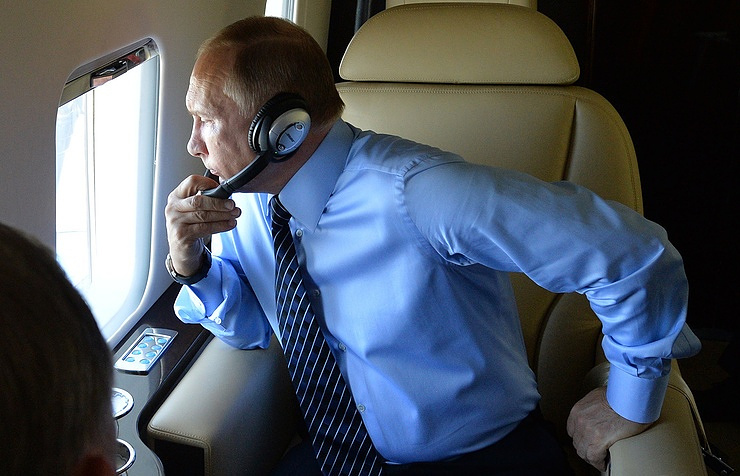 The Kremlin does not consider it is necessary to react towards Kiev’s note of protest over Vladimir Putin’s trip to Crimea as the Russian president can visit any region of the country, presidential spokesman Dmitry Peskov told reporters today.

“Ukraine traditionally voices protest, and we traditionally pay no attention to these protests,” Peskov said. “The president visits those Russian regions if he believes this is necessary.” The Kremlin spokesman stressed this is Russia’s domestic affair. “This does not concern any other country, including Ukraine.”

The Republic of Crimea and Sevastopol, a city with a special status on the Crimean Peninsula, where most residents are Russians, refused to recognize the legitimacy of Kiev authorities brought to power amid riots during a coup in Ukraine in February 2014.

Crimea and Sevastopol adopted declarations of independence on March 11, 2014. They held a referendum on March 16, 2014, in which 96.77% of Crimeans and 95.6% of Sevastopol voters chose to secede from Ukraine and join Russia. Putin signed the reunification deals March 18, 2014.