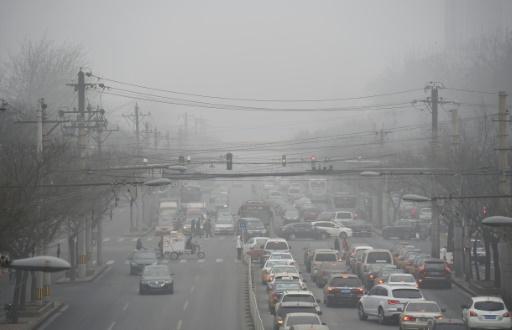 Police have arrested officials in charge of environmental protection in central China after they were accused of tampering with air quality monitoring data, local media said Tuesday.

“Staff members interfered with the monitoring station a number of times, blocking the equipment with a cotton thread, which disrupted the collection of data,” the Huashang Bao newspaper said.

The “abnormal” readings, collected in the ancient city of Xi’an, alerted the national body for environmental protection, resulting in the opening of a police investigation, the newspaper added.

A number of suspects have been arrested, Huashang Bao said, including the head of the monitoring station, his deputy and the director of the environmental protection bureau in Chang’an, a district of Xi’an.

“It’s truly terrible!”, the People’s Daily, the official newspaper of the Chinese Communist Party said on social network Weibo. “It’s not by betraying their duties that the air quality will improve.”

The acrid gray haze that regularly envelops Chinese cities has become a major focus of discontent in the country. To try to contain the problem, Beijing has imposed air pollution reduction targets on local officials, who are punished if they are not reached.

The latest case “should serve as a warning to officials around the country that the central government is serious about punishing environmental abuses,” said Dong Liansai, of the campaign group Greenpeace, in a statement.

“Reliable data is the very starting point of China’s ‘war on pollution'” that Beijing declared in 2014, Dong said, adding that “citizens have a right to know about the quality of the air they breath”.