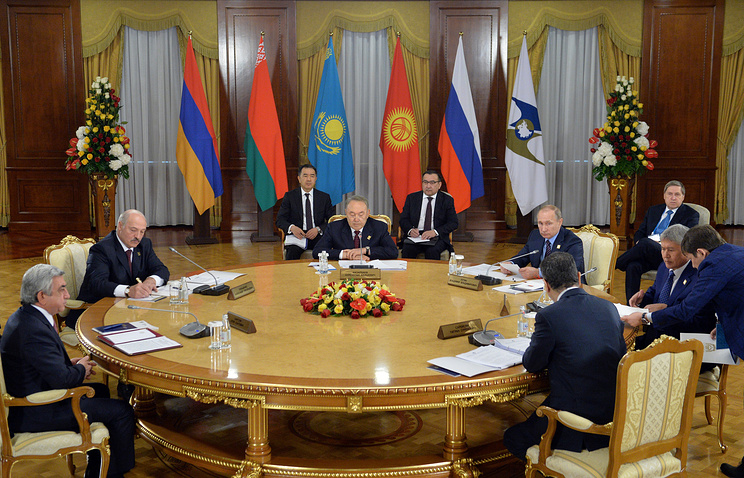 The Eurasian Economic Union (EAEU) and the EU could work together meaningfully, but Brussels is unwilling to establish contacts, Russia’s Deputy Foreign Minister Vasily Nebenzya said at an international conference in Minsk, organized by the Belarusian Foreign Ministry together with the UN Economic Commission for Europe.

“We have been long calling on the EU to work together in order to form a united economic space. We are still waiting for the European Commission to convey a meaningful response to the proposals on establishing dialogue between the EAEU and the EU,” he noted. “We haven’t received any response to the proposal to hold a high-level international conference in Brussels so that the two unions could coordinate their activities,” Nebenzya said.

According to him, “the attempts to defame the EAEU have been going on for years.” “One of the popular accusations thrown around is that the EAEU is a creation of Russia which is eager to revive the Soviet Union using this new method,” the Russian diplomat added. Meanwhile, in his words, “the Eurasian Economic Union is aimed at tackling specific tasks of economic integration, and has been successfully functioning for almost two years.”

Nebenzya also said that “the EAEU member states have a common understanding of the need for close cooperation, the use of each other’s potential and the development of cooperation with other regional associations.” He said that the EAEU was preparing free trade agreements with 15 states, while 50 more countries had expressed interest in cooperating with the Eurasian Economic Union.

Minsk sees no sense in confrontation between various integration models and believes cooperation between the Eurasian Economic Union and the EU could become a significant element of a new global system of relations, Belarusian Foreign Minister Vladimir Makei said.

“Belarus suggests that the UNECE serve as a platform for discussing the ways regional integration unions can cooperate in,” the minister noted. “In this regard, it would be reasonable to establish a permanent agency within the Commission to draw up recommendations for boosting cooperation between the integration associations.”

Makei cited the Belarusian President’s address to the conference’s participants that placed great importance on the “mutually beneficial cooperation between the integration unions on the Eurasian continent for the sake of global political stability and prosperity.”

According to the minister, it is necessary to “avoid needless and dangerous confrontation between cooperation models, ensuring their compatibility and complementarity instead.” Makei said with confidence that the UNECE could facilitate the enhancement of trade flows and the development of ties in the spheres of investment, transport, infrastructure and energy.”