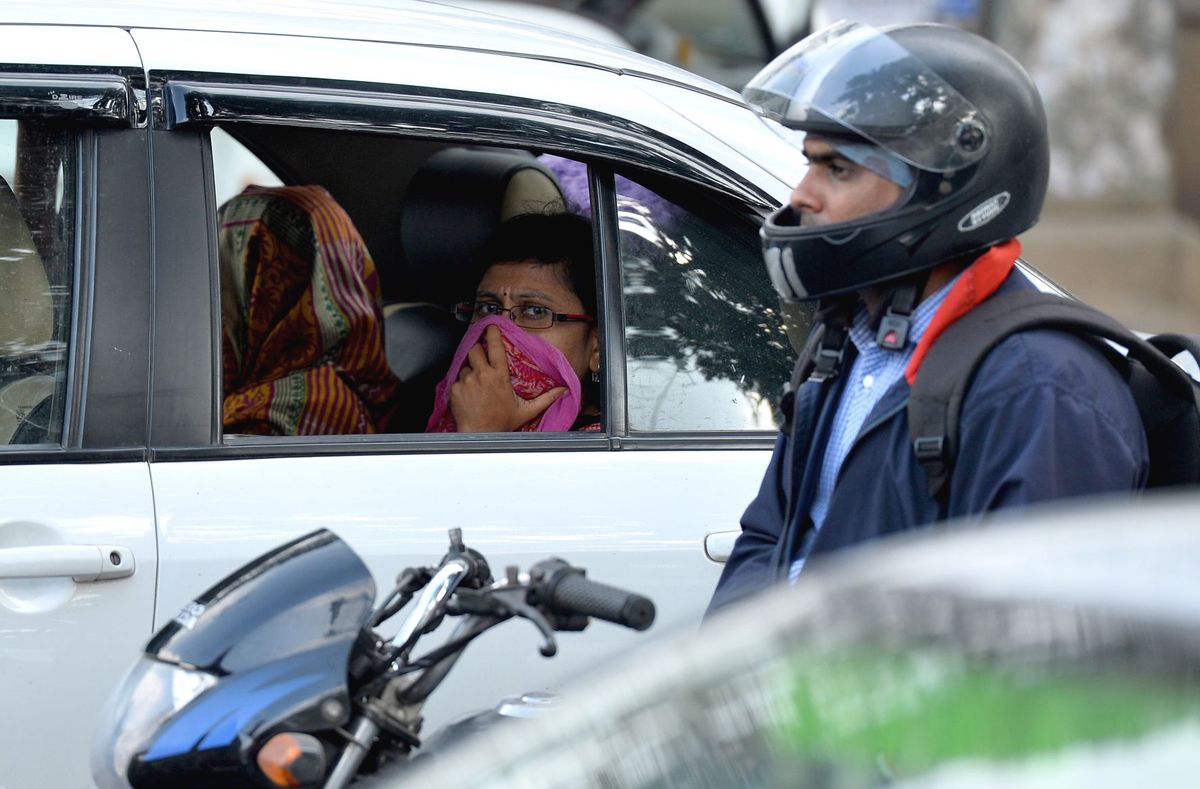 India’s capital, laboring under the label of being the world’s most polluted city, is trying something new to help clean up its air.

A smartphone application that allows residents to report the presence of construction dust or the burning of leaves and garbage in New Delhi’s public parks to authorities was launched Oct. 21.

The “Hawa Badlo,” or “Change the Air,” app has two versions. One allows people to take pictures of likely pollutants. The other allows authorities to investigate and act on valid complaints.

Over the last few years, New Delhi has struggled with ways to handle the pollution, which becomes especially obvious during the colder winter months as the city’s air turns to a gray haze.

The newest measure, the phone app, was launched by the Environmental Pollution (Prevention and Control) Authority, a monitoring group set up on the order of India’s Supreme Court in April.

Over the last decade or so, India, like neighboring China, has seen pollution spiral as its economy has boomed and it has continued to rely on burning coal to generate electricity. The number of vehicles on the road has skyrocketed, while hundreds of millions of impoverished people still use wood, kerosene or whatever they can grab at the garbage dump to build fires for cooking or keeping warm on winter nights.

Over the last two years, the government has tried a slew of measures to control the air pollution, including stricter emission norms for cars and a tax on diesel-fueled trucks that enter the city.

New Delhi also has attempted to limit the number of cars during the winter months, when the air quality is at its worst. Twice the city had a two-week period in which cars were allowed on the roads only on even or odd days, depending on the vehicle’s license plate number.