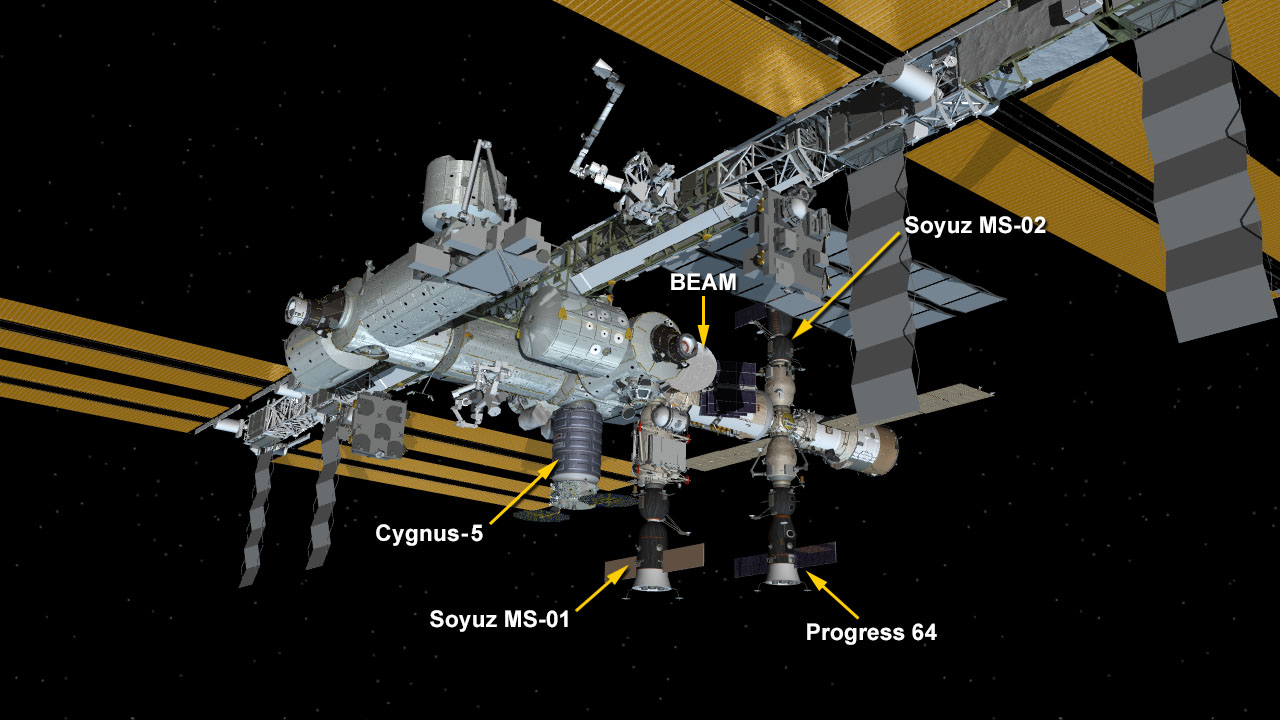 Orbital ATK’s Cygnus was launched on the company’s Antares rocket Monday, Oct 17, from the Mid-Atlantic Regional Spaceport Pad 0A at NASA’s Wallops Flight Facility in Virginia. Cygnus will remain attached to Unity until a planned departure in November sends the spacecraft toward a destructive re-entry in Earth’s atmosphere.