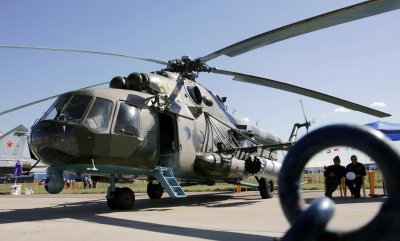 Russia’s President Vladimir Putin has offered condolences to families of the victims in the crash of a Mil Mi-8 helicopter in the Yamal-Nenets Autonomous District and wished soonest recovery to the injured, Press Secretary Dmitry Peskov said today.

“The president has offered condolences to the families of the passengers and crew, who died in the helicopter crash in Yamal,” he said. “The president also wished soonest recovery to the injured.”

The helicopter crash landing 80 kilometers to the north-west of the Urengoy settlement was reported at 6:57pm Moscow time on October 21. On board the helicopter were 22 people – 19 of them died, including three crew members.

A total of 140 people and 20 units of equipment were involved in the search and rescue operation.

Investigation into the accident is under way.