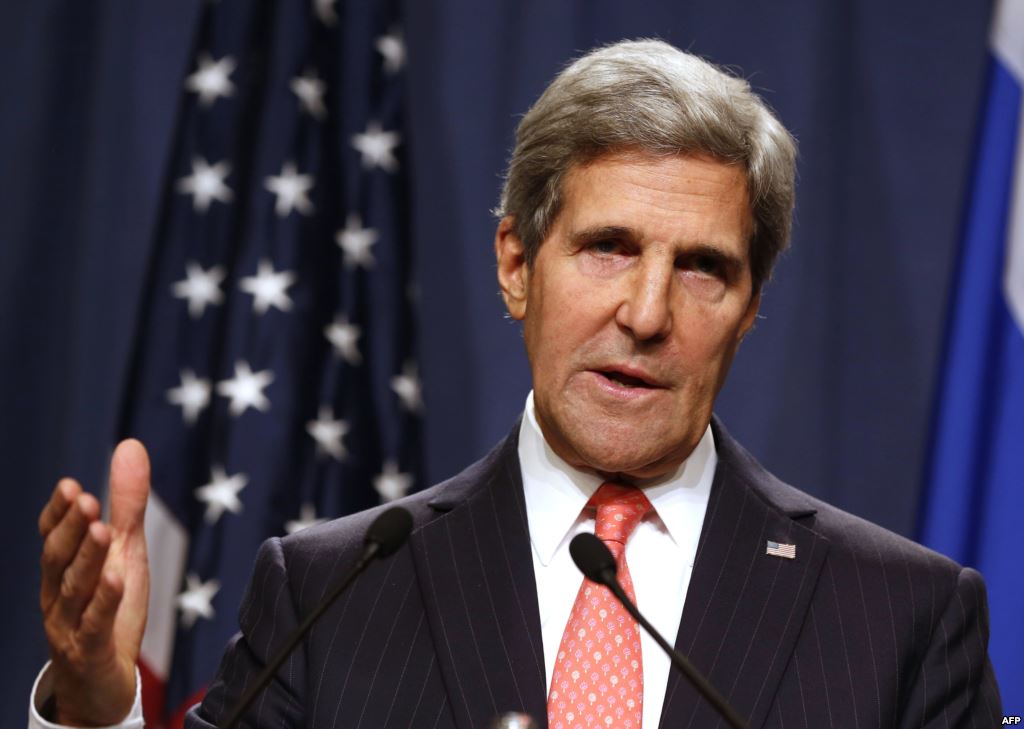 Kerry says uncertain about outcome of Hariri’s support for Aoun

U.S. Secretary of State John Kerry voiced caution on Friday pertaining to the election of a new head of the Lebanese republic, following MP Saad Hariri’s fresh endorsement of MP Michel Aoun for the presidency.

In response to a question during talks with his Kuwaiti counterpart Sheikh Sabah al-Khaled al-Sabah in Washington, Kerry hoped there would be progress in Lebanon.

However, he said he was uncertain about the outcome of Hariri’s decision.

The diplomat, who rarely comments on Lebanese affairs, hoped that Lebanon would overcome the presidential crisis, which he deemed of an impact on the country and the broader region.