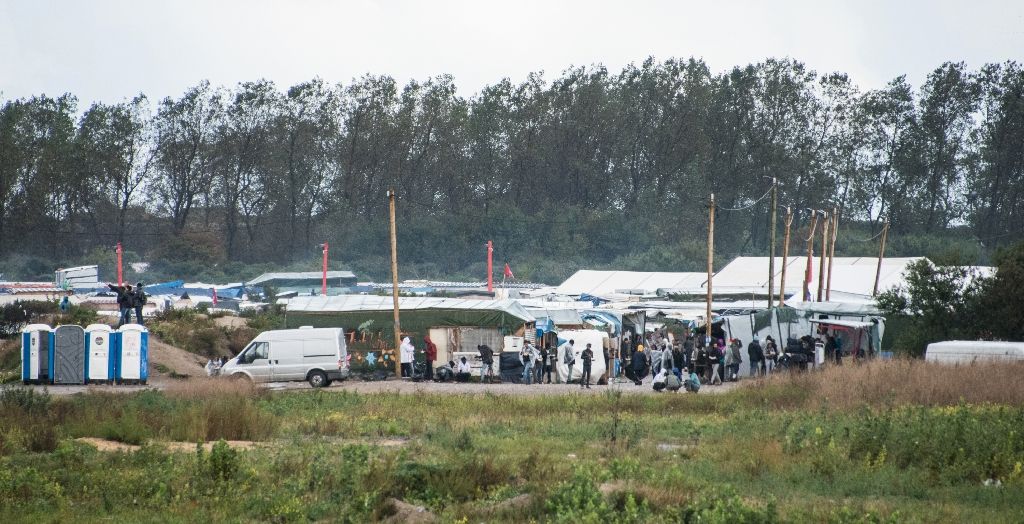 ‘Jungle’ migrant camp in France to be cleared Monday

The “Jungle” migrant camp on France’s northern coast will be cleared of its residents on Monday before being demolished, authorities said Friday. The local administration “made a legal order Friday that is to take effect on Monday”, it said in a statement announcing the long-awaited operation.

Migrants at the camp in the ferry port of Calais will begin boarding 145 buses at 8:00 am (0600 GMT) Monday to take them to nearly 300 temporary accommodation centres dotted round France.

The demolition of the sprawling makeshift camp closes a difficult chapter in Europe’s migrant crisis.

The camp has strained relations between France and Britain, the country most of its residents are trying to reach.

On Sunday, officials and charity workers will pass through the settlement of shacks and tents to inform residents that they will have to leave.

The order from the local authorities informing residents that the camp is about to close was displayed from Friday in several languages.

“The aim is to give everyone a roof over their heads and we will do everything we can to make that happen,” one official said.

The current Jungle camp dates from April 2015 and housed more than 10,000 migrants at its peak, although that number has dwindled to around 6,400 in its final days.

Migrants were attracted to Calais because it is a key departure point for Britain, where some have family links and many believe they have a better chance of finding work.

Their persistent efforts to climb on to trucks heading across the English Channel aboard ferries or trains have led the authorities to build a wall to keep them off the main road leading to the ferry port.

The Jungle residents are mainly from Afghanistan, Sudan and Eritrea.

For many, the camp embodies the failure of European governments to deal with the influx of migrants.

Calais residents and businesses have called for months for the camp to be razed.

But the fate of around 1,000 unaccompanied minors has delayed the camp’s closure.

British authorities are allowing those with family links in Britain to settle in the UK.

By the end of the weekend, the week’s total number of children transferred to the UK was expected to have reached 200, according to the France Terre d’Asile charity.

The head of the charity, Pierry Henry, told AFP that 73 minors had travelled to Britain on Friday and more than 100 were due to follow on Saturday.

More than 500 have been interviewed by British officials to discover their ages and details of family members in the UK.

The ages of those migrants who have reached the UK has been the subject of a bitter row and sensational headlines there, as some photographs have given rise to claims that adults may be posing as minors to gain entry.

One British MP, David Davies, has called for testing of teeth to determine age, sparking outrage from the medical community.

Authorities in France said the minors remaining in France will not be bussed away from the camp but stay there in more permanent accommodation while their cases are considered.

But even when the Jungle is cleared away, some wonder whether another camp will simply spring up elsewhere.

Alain Juppe, the frontrunner to win the right-wing nomination for next year’s French presidential election, called Friday for the scrapping of the agreement that extends Britain’s border to Calais, effectively allowing the camp to exist.

Juppe said the Jungle gave a “disastrous” image of his country, and that Britain should conduct its evaluations of the migrants on its own soil, not in France.

In the camp this week, the remaining residents appeared resigned to their fate.

Mewagul Daulatzai, 22, from Afghanistan, who runs a small shop, told AFP on Thursday he would be happy to leave.

“Before I liked the Jungle. I had my friends and we were working here. But now it is too dangerous here so I am glad it’s over,” he said.