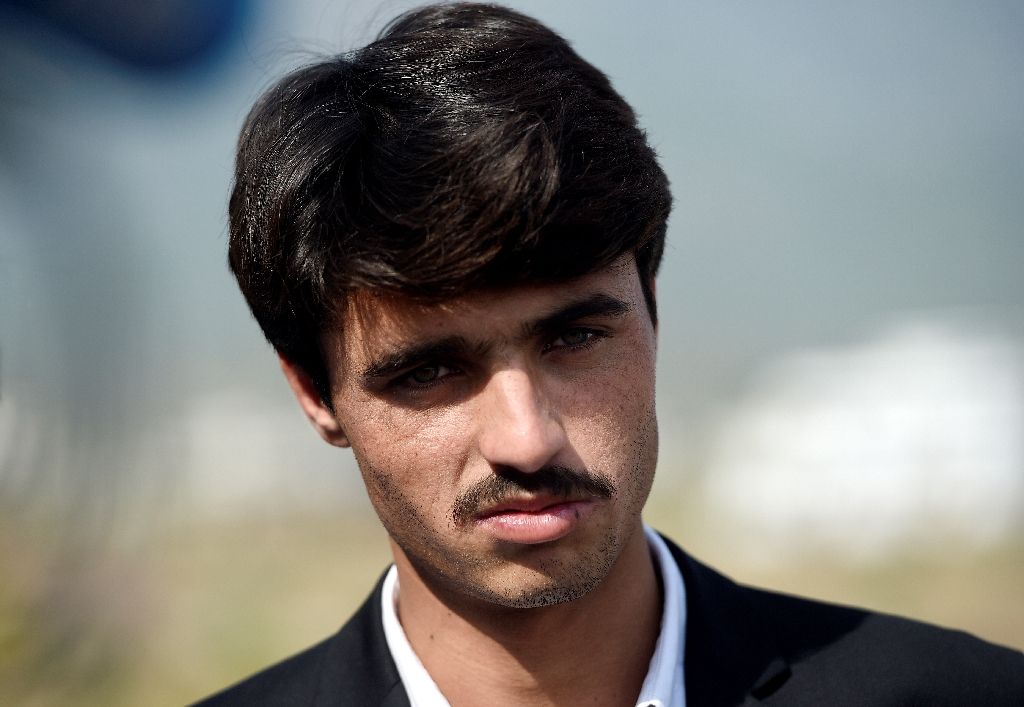 A Pakistani tea merchant with velvet eyes saw his life changed this week when his portrait spread around the Internet, sparking ardent debates on class, objectification, and the place of ethnic Pashtuns in society.

Arshad Khan had no idea he had set the Internet alight from Pakistan to India and beyond: he has no phone, and cannot read.

“It was a real surprise,” the young “chai wala”, or tea seller, told AFP.

“I was aware that I am handsome but you can’t do anything when you are poor,” he said, adding that the image has “changed the way I think.”

In the candid photograph, snapped by a passing photographer and posted on Instagram, Khan prepares Pakistan’s ubiquitous milk tea, his blue green eyes looking frankly into the camera.

It set social media users swooning, with the 18-year-old’s image shared tens of thousands of times since October 14.

By Tuesday, the Islamabad market where photographer Javeria Ali took the fateful shot was swarmed by dozens eager to gawk at the young worker.

But in a country where women have long fought for rights and rarely express their feelings publicly, that fervour soon morphed into an intense debate on what it meant to reduce a poor man to a beautiful object.

“We are more used to seeing this happen to women, it is still creepy whan it happens to a boy,” feminist columnist Bina Shah told AFP.

“Just because people are bored does not mean you can play with someone’s life.”

Columnist Maria Amir concluded that “reverse sexism is still a form of sexism” on the website of Pakistan’s biggest-selling English language newspaper, Dawn.

But she also echoed many in noting that the true “ick factor” was in social class rather than gender.

“The elite getting excited over a hot #ChaiWala reeks of class privilege and the objectification of working class men,” tweeted @nidkirm, who described herself as a sociologist based in Lahore.

And in a column in the Express Tribune Farahnaz Zahidi mocked the “surprise” that someone poor could be good-looking.

“(T)he upper tier bourgeois of Pakistan have come to believe that even looks and God-gifted attributes are co-dependent on money and affluence?” she wrote.

Indeed, in his first appearance on television, viewers laughed at Khan’s awkward speech and the Western suit in which he appeared uncomfortable.

“No girl would agree to marry him,” wrote Twitter user @ItsMahah.

Even the colour of Khan’s cool gaze provoked discomfort in some like columnist Amir, who wrote “apparently there is no expiry date on our colonial baggage”.

Light skin and eyes are the attribute of many Pashtuns, tribal inhabitants of northwest Pakistan and southern Afghanistan, romanticised as warriors by the British.

Others expressed concern about the risk of exploitation of a young man so little armed for success. A local brand was quick to publish pictures of him, but Khan said he has not signed any modelling contract.

The third of 17 children, Khan has never been to school. He said he hoped his newfound fame would allow him to “move forward”.

Vegetable seller Saeed Ahmed worked in the market alongside Khan. “His eyes were so beautiful that we used to make fun of him and call him ‘cat eyes’,” he told AFP.

“But we never even thought that he would one day become famous like this.”

Indian newspapers were the first to seize on the “Cinderella story”, bringing frivolity to recent tensions between the rival neighbours with tweets calling Khan a “nuclear bomb”.

“I send a message of peace to my Indian fans,” Khan said.