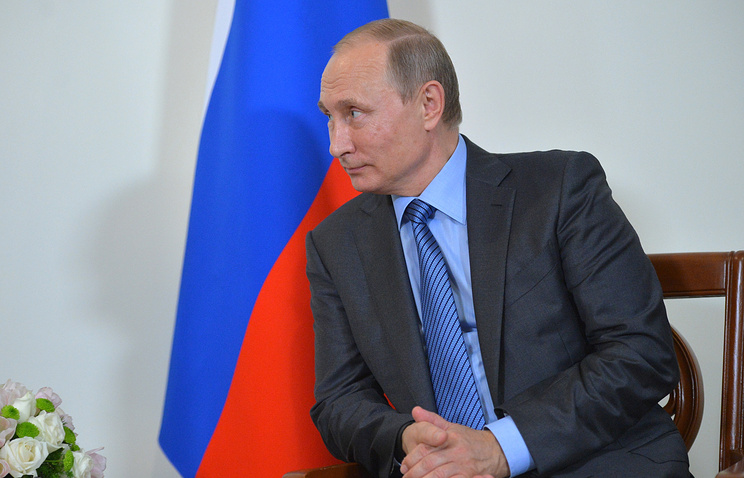 “During the conversation, the two leaders discussed the situation around Aleppo in the context of a humanitarian pause and the situation in Syria as a whole,” he said.

The conversation took place shortly before Putin’s talks with German Chancellor Angela Merkel and French President Francois Hollande on the situation in Syria.

Syria’s SANA news agency also reported that a telephone telephone conversation between the Russian and Syrian leaders had been held.

According to SANA, President Assad thanked his Russian counterpart “for Russia’s efforts on the international arena despite pressure by some countries to discourage it from continuing to adhere to the rules of international law and respect the sovereignty of states.” The Syrian leader also reiterated his country’s commitment to the fight against terrorism in parallel with efforts to achieve a political settlement of the crisis.

On Tuesday, Russian Defense Minister Sergey Shoigu said that Russian and Syrian aircraft halted airstrikes near Aleppo ahead of schedule at 10am Moscow time on October 18. The humanitarian pause will make it possible for representatives of the UN and the Syrian Red Crescent Society to implement all measures to let the sick and wounded and the persons accompanying them, as well as the civilian population, leave the city. Eight corridors will be opened in Aleppo, two of them — for the armed units leaving the city.

Head of the Main Operations Department at Russia’s General Staff Lieutenant-General Sergey Rudskoy said earlier on Wednesday that the Russian and Syrian militaries decided to extend the October 20 humanitarian pause in Aleppo for three hours, until 7pm Moscow time, at the request of representatives of various international organizations.