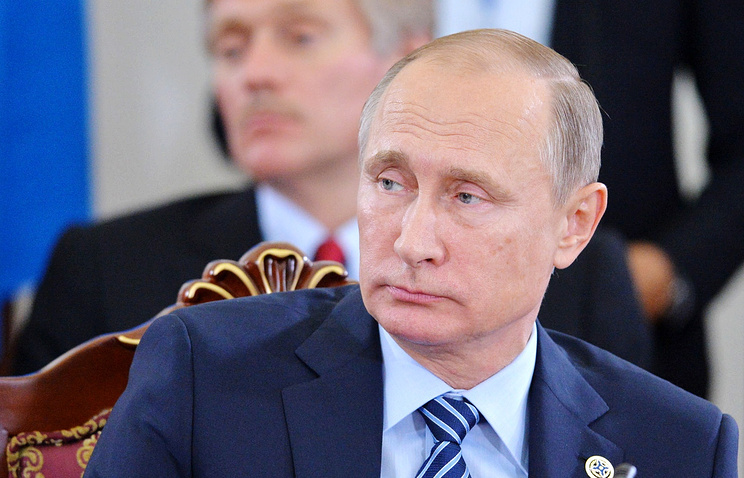 Russian President Vladimir Putin regrets that humanitarian problems in Ukraine’s south-east are not being resolved.

The Russian president said “the leaders expressed readiness to resolve humanitarian issues.” “Progress in this sphere is probably the smallest because it is mostly connected with organizing social payments,” Putin noted.

“We paid much attention to security issues and agreed on several positions on what should be done soon to resolve the issues connected with disengagement of conflicting parties in the future,” Putin told journalists after the Berlin summit. The leaders have agreed to continue choosing places where this work will be continued. Putin noted that “withdrawal was already completed in two places.”

“We confirmed that we are ready to extend the OSCE mission in the zones of withdrawal and places of storing heavy weaponry,” the Russian president added. “We confirmed that we will continue working on the political track, including on final agreements on implementation of the document  on special status of separate regions of Lugansk and Donetsk regions, in the Lugansk People’s Republic and Donetsk People’s Republic,” Putin concluded.

“All participants in today’s meeting (leaders of Russia, Germany, France and Ukraine) have confirmed that the Minsk Agreements should lay at the basis of settlement in Ukraine’s south-east. Everyone confirmed their adherence to these agreements,” Putin told journalists on Thursday after the Normandy Four summit in Berlin.

The Package of measures on the implementation of the Minsk Agreements is the basis for peaceful settlement in Donbass. The Minsk Accords were signed in February 2015 after 16-hour talks in the Normandy format.