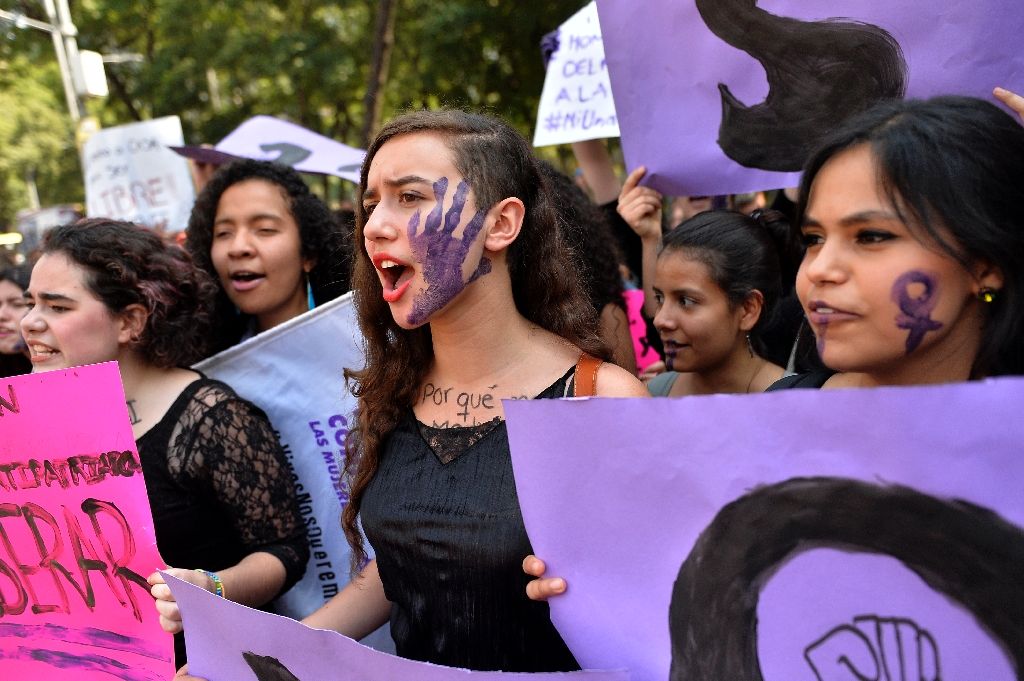 Dressed in black, thousands of Argentines took to the streets Wednesday to protest the brutal rape and murder of a 16-year-old girl, the latest case of violence against women to shock the country.

The protesters — mostly women, but also some men — marched in memory of Lucia Perez, a high school student who died on October 8 after drug dealers allegedly raped her and impaled her on a spike.

“If you touch one of us, we all react,” said signs carried by many of the protesters, who staged an hour-long strike starting at 1:00 pm (1400 GMT).

It was the latest in more than a year of mass marches to protest violence against women in Argentina, where according to government figures domestic violence kills one woman every 36 hours.

Last year in June, protests broke out nationwide over a trio of gruesome killings: a kindergarten teacher whose estranged husband slit her throat in front of her class; a 14-year-old girl whose boyfriend allegedly beat her to death because she got pregnant; and a woman whose ex-boyfriend stabbed her to death in broad daylight at a Buenos Aires cafe.

“The case of Lucia Perez acted as a trigger to demand justice for all women who suffer sexist violence,” said one protester in downtown Buenos Aires, Gabriela Spinelli.

Organizers said the goal was to condemn not only Perez’s killing, but a culture that values women less than men — which they said can be seen in statistics such as the unemployment and poverty rates.

Brutal rapes are the product of a society where boys are not raised to respect women, said demonstrator Karina Munoz.

“A rapist isn’t a monster. He’s not sick. He’s a healthy child of this system, which produces men who don’t respect it when women say no,” she told AFP.

Despite a rain storm that likely dented turnout in Buenos Aires, demonstrators managed to block off several avenues in the capital, as supporters applauded from office buildings.

In Spain, hundreds of women protested in solidarity in Madrid and Barcelona. Demonstrations were also held in various cities across Latin America, including Lima and Mexico City.